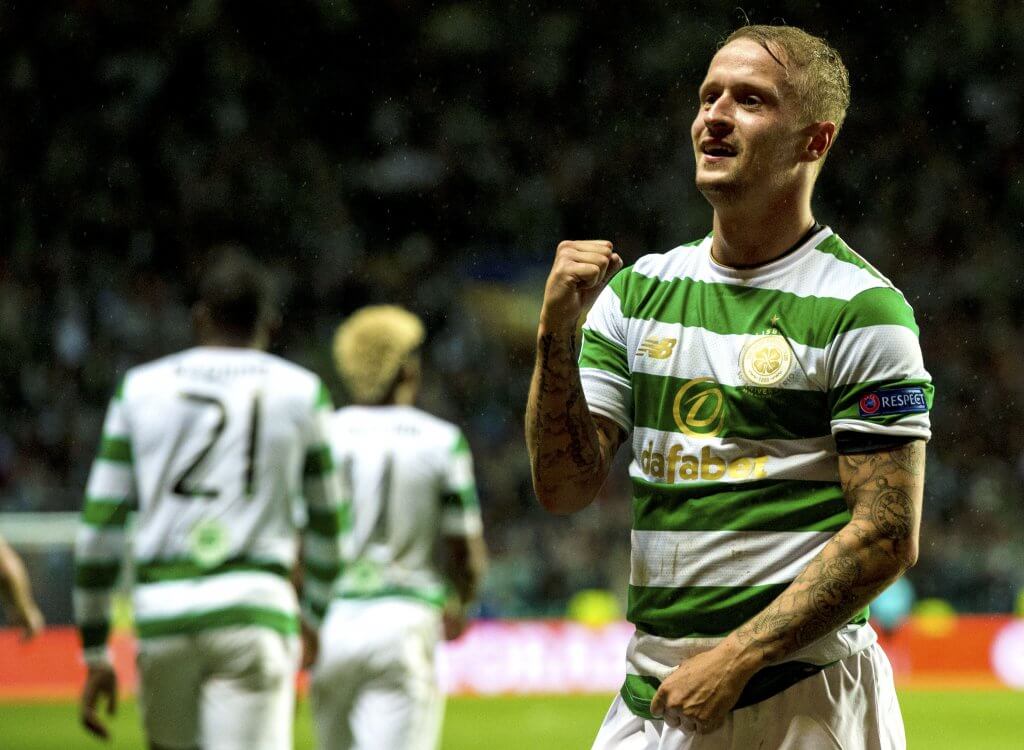 Celtic suffered their first defeat in all competitions since last November but did enough to guarantee a £30 million pay-day in the group stages.

Brendan Rodgers’ men had all but completed the task after winning the first leg 5-0 in Glasgow and despite losing a nervy return leg in Kazakhstan, it was a night to celebrate for the Hoops.

The visitors dominated possession in the first 45 minutes but it was the hosts who took the lead, as a hopeful shot from distance was turned into the Celtic goal by the unfortunate Kristoffer Ajer.

Scott Sinclair levelled things seven minutes later, the teams going in at the break tied at 1-1.

Astana restarted menacingly, Serikzhan Muzhikov scoring a second and a minute later Patrick Twumasi added a third to suddenly give the home fans hope of an unlikely comeback. When the same player made it 4-1 (4-6 on aggregate), Celtic were in some disarray.

Nerves were calmed, however, when Olivier Ntcham, netted to make the score 4-2 on the night, the strike taking the wind out of the hosts’ sails.

Leigh Griffiths completed the scoring with a superb shot in the 90th minute to book the Celts’ place in Thursday’s draw.

“On the night it’s mixed emotions because we didn’t defend well enough and our possession at times wasn’t good enough,” said Rodgers.

“I said to the players at half-time we started well but we were too loose and were not compact enough when we had the ball. That allowed them to press.

“So overall the players have been first class and we can now look forward to the draw.”

Captain Scott Brown conceded the margin of victory in the first leg was key to his team’s progress to join the elite of European football.

He said: “European football is never going to be easy and to win 5-0 at home was excellent. The first game at Celtic Park was phenomenal.

“Not so good coming over here but we knew we would score goals and make it hard for them. It was exciting for the neutrals but not for us.