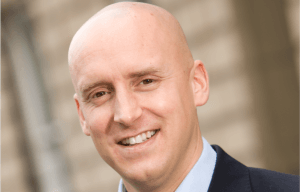 Business in the Community (BITC) Scotland, the Prince’s Responsible Business Network, has appointed a new Director.

Mr Thornburrow led SIO’s focus on responsible leadership in the wake of the financial crisis.

Before joining SIO he lived and worked in Toronto where he latterly oversaw a $4bn platform for a Canadian investment management company.

He is passionate about making a difference in society. He is an Honorary Professor at Glasgow Caledonian University’s School for Business & Society where he has worked to bring the investment industry and the university closer together.

Mr Thornburrow is a Fellow of the RSA, past chairman of the Institute of Directors in Edinburgh and Lothians and past vice chairman of Career Ready in Scotland, a charity focused on widening access and opportunity for young people.

He said “The world around us is changing rapidly and is increasingly challenging us to consider the legacy we leave for future generations. I have long believed that we personally and collectively have a role to play in the future we wish to see.

“By working to harness the collective power of business we know that meaningful and positive change is not only possible but occurs faster than on an individual basis. I very much look forward to continuing the important work of BITC Scotland in pursuit of a fairer, more sustainable Scotland.”

Jane Wood, executive director of membership and nations at BITC added: “We are delighted to have appointed someone of Alan’s calibre into the role of director for Business in the Community Scotland. His experience spans employment, education, the economy, leadership and strategy bringing a skillset which aligns perfectly with our priorities at BITC Scotland.”