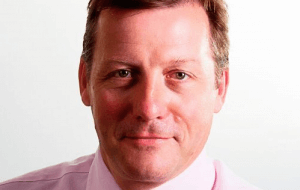 Aegon, the pensions provider, says the positive momentum of the first quarter has continued over the last three months.

He said: “We’ve passed the half-way point in what has been an incredibly busy year for the business but I’m pleased to say the positive momentum we reported in Q1 has continued over the last three months.

“We’ve delivered earnings of £31m, which are up significantly on the same time last year while assets on our combined platforms have reached £107bn.

“The platform growth is due to a combination of exceptional new business flows and buoyant stock markets and the combined platforms experienced net inflows of £3.2bn.  It’s clear that despite macroeconomic uncertainty, advisers are in a bullish mood and are benefiting from a demand for advice which is driving these flows.

“Last year’s deals have fundamentally transformed the scale of our operations and we now work with advisers to either manage or administer £151bn of long-term savings for more than 3 million customers across the platform and workplace markets.”

“We’re in the midst of implementing last year’s deals and in June we completed the sale of a large portion of our annuity book to Rothesay Life, with customers formally moving across. A similar project to transfer the portion of the annuity book sold to L&G is well advanced and the completion of these projects will mark a significant milestone in our transition to a business focused on its investment platform.

“Our work to combine the best of both the Cofunds and Aegon platforms remains on track and on budget. The foundations of the enhanced platform for retail advisers and their clients are in place and our focus is currently on developing user journeys and the front end of the platform. In our view user experience has been neglected across the industry and we believe this is a point of potential differentiation. We’ve had some positive feedback from the initial demonstrations delivered to the Advisory Board which is guiding our integration work. In the coming months, users of the service can expect to hear more about what to expect from the enhanced platform and we’ll be looking to give advisers plenty of training in advance.

“One of the next big projects for the industry to implement is MiFID II and as January’s deadline fast approaches, fund managers, platforms and advisers have a lot to do. With a massive 1500 pages of FCA regulations to digest, many advisers will understandably be daunted by the task ahead. One outcome will be the availability of greater detail around the different charges associated with investing. This information should be in the public domain but it will be a major challenge for advisers to help customers see the wood for the trees. There’s a balance to be struck between ever greater disclosure and ensuring customers properly engage with the key messages. The FCA is increasingly accepting that less can be more but applying their smarter disclosure principles to MiFID will be easier said than done.”

“This morning Aegon NV announced the sale of Aegon Ireland to AGER Bermuda Holding. We will continue to work with the new owner of Aegon Ireland to define the future strategy of our Secure Retirement Income product, which will remain open until at least the end of the year. In a pension freedom environment, guarantees and certainty are demanded by customers and we will continue to develop the right solutions for customers and advisers.”