Victory for workers as judges rule on tribunal fees

Lawyers today hailed a victory for employees after employment tribunal fees were judged unlawful in a landmark ruling in the Supreme Court.

A decision by the Tory-LibDem coalition to introduce fees in 2013 was followed by a sharp fall in the number of claims.

The SNP has committed to abolish them in Scotland when the administration of employment tribunals is transferred to the Scottish Government later in this parliament.

A lawyer involved in the case, Elaine Motion, executive chairman of Balfour+Manson, said the unanimous 7-0 decision sent out a clear message that the decision to introduce tribunal fees in 2014 was wrong under both domestic and European law.

“The UK Supreme Court has decided unanimously that imposing significant fees has had a detrimental effect on access to justice,” said Mrs Motion, who represented one of the unions involved in bringing the legal challenge.

“This is the one of the most significant judgments in employment law in the modern era. All the evidence pointed to fees denying the principle of access to justice – and the Supreme Court’s decision is therefore a resounding victory for justice itself.”

The ruling was delivered by seven law lords, with the main judgment written by Lord Reed, one of the two Scottish Justices of the UK Supreme Court.

One of the key sections of the ruling says: “In order for the fees to be lawful, they have to be set at a level that everyone can afford, taking into account the availability of full or partial remission. The evidence now before the court, considered realistically and as a whole, leads to the conclusion that that requirement is not met…

“The fall in the number of claims has been so sharp, so substantial, and so sustained as to warrant the conclusion that a significant number of people who would otherwise have brought claims have found the fees to be unaffordable.”

On the point of EU law, the judgment states: “Given the conclusion that the fees … are in practice unaffordable by some people, and that they are so high as in practice to prevent even people who can afford them from pursuing claims for small amounts and non-monetary claims, it follows that the Fees Order imposes limitations on the exercise of EU rights which are disproportionate, and that it is therefore unlawful under EU law.”

Balfour+Manson represented the Independent Workers Union of Great Britain (IWUGB) in the case, backing up the main claim by Unison. Mrs Motion added: “We were delighted to be able to intervene in the case and to get the outcome we had hoped for on behalf of low-paid workers across the UK.

“Employment tribunals were intended to provide a forum for enforcement of employment rights for all, including the lower paid. This judgment has helped restore that principle.”

The fees led to criticism that the low-paid were being priced out of bringing tribunal cases forward. Unions described the decision as “a gift to Britain’s worst bosses”.

The appeal argued successfully that fees were “not a lawful exercise of powers, because the prescribed fees interfere unjustifiably with the right of access to justice under both the common law and EU law”. 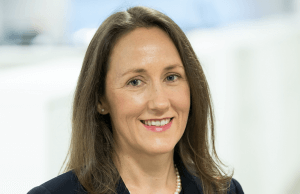 Katie Williams (right), employment law specialist at Pinsent Masons, said the ruling will raise some issues about what replaces the fees system.

“The Supreme Court has taken the view that the fees system has done little to address the running costs of tribunals, which was one of the intentions, but instead it has had an effect on access to justice,” she said.

“Another rationale given for introducing these fees was to deter unmeritorious claims from people who were just having a go without actually having a basis for claiming their rights had been breached. The fees regime was supposed to deter that but the evidence shows that has not happened.

“Businesses will now want to know what the Government will be doing to help deter unmerited claims, which could include, for example, strengthening the power of the tribunal to strike out claims at an early stage if they are found to have little prospect of success.

“The immediate benefit for individuals is that fees they have paid in pursuing a claim must be reimbursed. However, this also gives rise to some interesting questions where employers have settled a claim prior to a hearing and which involved paying back the tribunal fees to the individual. Claimants who have benefited in this way may well have to reimburse their employer or ex employer.”

Neil Carberry, CBI managing director for people and nfrastructure, said: “The CBI has long held the view that the current Employment Tribunal fees regime is flawed and should be reformed.

“Access to justice is essential and must be protected. There is an important role for a proportionate fee that acts as an incentive to ensure that going to tribunal is always a last resort, but that does not require the high fees introduced in 2013. We hope the government swiftly brings forward an alternative approach.

“More broadly, action is needed to return employment tribunals to their original vision – a speedy, fair, informal and affordable for both workers and businesses.”

Angela Crawley, the SNP equalities spokesman, said: “The SNP strongly opposed the introduction of fees from the start – it was always clear that they would act as a huge barrier to justice for many workers who have faced unfair treatment or discrimination, and the evidence has sadly proven this to be the case.

“The SNP rightly committed to scrapping these fees in Scotland at the earliest opportunity, and the Tory government will now be forced to do so – and forced to repay those claimants who were wrongly charged. It is shameful that the Tory government refused to admit they were wrong and wasted so much public money defending this case.”