'No place in modern Britain' 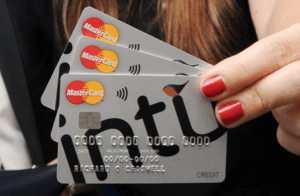 Takeaway food apps and airlines are among those who will no longer be able to charge consumers an extra fee for using credit cards.

It is estimated that consumers pay almost £500 million in extra charges for paying for goods by card and other services such as Paypal.

The Treasury has announced that the practice will be outlawed from January.

‘Surcharging’ of up to 20% on the price of products and services is common practice across the country  While many industries have acted to absorb the cost and not pass these on to consumers, new rules will bring an end to the practice entirely.

The rules will also tackle surcharging by local councils and government agencies.

In 2010, the total value of surcharges for debit and credit cards was an estimated £473m.

Stephen Barclay, Economic Secretary to the Treasury, said: “Rip-off charges have no place in a modern Britain and that’s why card charging in Britain is about to come to an end.

“This is about fairness and transparency, and so from next year there will be no more nasty surprises for people at the check-out just for using a card.

“These small charges can really add up and this change will mean shoppers across the country have that bit of extra cash to spend on the things that matter to them.

“The government has previously capped the costs that businesses face for processing card payments, and will engage with retailers to asses if there is any more that can be done to help.

“This action forms part of our wider help for families with the cost of living by helping to raise their incomes and keep more of what they earn.”

British Prime Minister Theresa May has said she wants her government to do more for “just managing” households who face wage increases that are lagging behind inflation.

Under the changes due to be introduced on 13 January surcharge fees will be eliminated for payments including those made on American Express credit cards, Paypal and Apple Pay, going further than a European Union requirement to eliminate fees for consumers using Visa and Mastercard cards.