A lack of supply is continuing to push up rents in Scotland’s industrial property hotspots, according to a new report.

All of the deals in this size bracket were in Glasgow, where limited new-build stock is seeing rents approach £8 per sq. ft. at properties with under 20,000 sq. ft.

Activity in Edinburgh has been concentrated around the sub-5,000 sq. ft. size band, with requirements largely coming from local SMEs and last-mile delivery services. Steady demand, coupled with a lack of suitable, available land, has pushed quoting rents up to £9 per sq. ft..

However, in Aberdeen the low oil price continues to weigh on the industrial market. Headline rents have been falling since the beginning of the year and incentives of up to 12 and 18 months are being exchanged for five and 10 year leases, respectively.  Landlords in Aberdeen are likely to readjust rents and offer further incentives to secure tenants, said Simon Capaldi, industrial agency partner.

“For the most part, Scotland’s industrial market is buoyant,” he said. “The Scottish Government’s revised threshold for the Small Business Bonus Scheme has successfully stimulated demand at the smaller end of the market – with more units qualifying for this incentive.

Knight Frank’s Logistics and Industrial Commentary report also found there has been a 54% increase in investment from the previous six months, up to £88 million from £57 million.

Jamie Fergusson, capital markets partner, added: “Investors are chasing industrial property. We’ve seen yields sharpen and valuations rise, which reflects the strength of the sector. Although we are almost at the point in the market where speculative development is viable –– there’s little sign of the market topping out.” 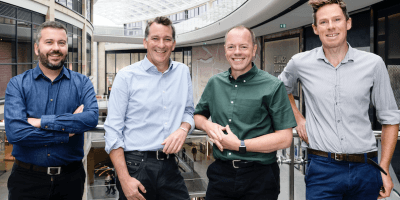