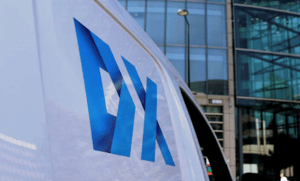 The top two executives at Menzies target DX Group have left the logistics firm, raising the likelihood of a senior figure from the Edinburgh business taking charge.

Gatemore built a 21% holding in DX Group as it opposed the decision to spend £60m on the reverse takeover which will put Menzies Distribution management in charge.

Under revised terms it will now cost £40m and fewer shares will be issues. DX shareholders will own 35% of the enlarged group rather than 20% as initially proposed.

DX was the subject of an investigation by the City of London Police after allegations were made about its DX Exchange division. The company announced on 7 July that a full blown probe had been ruled out.

There has been no word of a replacement for Mr Cvetkovic, raising speculation that Menzies Distribution will install someone in charge of the combined entity if the deal goes through. James Hayward will become interim chief financial officer.

DX issued a full-year trading update on Friday which showed the company expecting £292m in sales for the year to 30 June in line with market forecasts.

The company’s shares have been suspended since the merger was announced in March.