‘Impracticable’ for Scotland to stay in single market 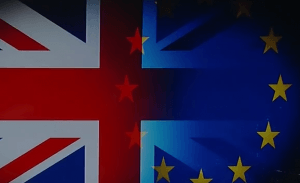 The House of Lords EU Committee says the Brexit deal should mean a large range of powers should switch from Brussels to the devolved areas of the UK, but Scotland’s hopes of remaining in the single market are “impracticable, complex and disruptive.”

It adds that Scotland’s immigrant labour needs to be “accommodated” but advises against Scotland having its own role in the Brexit negotiations.

Powers over fisheries, agriculture and environmental protection are among those that should be devolved, says the committee.

The Committee recommends that during Brexit ‘the statutory balance of competences between the UK Parliament and the devolved legislatures should as far as possible be unchanged’. This would lead to a ‘significant increase in the powers and responsibilities of the devolved institutions.’

The report stresses the need for UK Government and the devolved Governments to ‘set aside their differences and work constructively together to achieve an outcome that protects the interests of all parts of the UK’.

The Committee calls on the UK Government in particular to ‘raise its game’ in consulting the devolved governments, so as to give them real influence in the Brexit negotiations.

Its report was agreed before the publication of the European Union (Withdrawal) Bill last week, and the joint response from the Scottish and Welsh Governments indicating they could seek to withhold legislative consent to the Bill in its current form. The report is clear, however, that a durable outcome ‘will need the consent of all the nations of the United Kingdom, and of their elected representatives’.

The report highlights the complex ‘overlapping and shared competences’ within the devolution settlements, describing the supremacy of EU law as the ‘glue holding together the United Kingdom’s single market’.  Brexit therefore presents a ‘fundamental challenge’ to the future of the UK’.

There is ‘acute concern’ that the devolved jurisdictions will ‘lose heavily’ if needs-based EU funding is replaced by UK subsidies granted in accordance with the population-based Barnett Formula.

The report finds that the Scottish Government’s proposal for Scotland to remain a member of the EU Single Market, while the rest of the UK leaves, would be politically impracticable, legally complex and economically disruptive.  At the same time, the Committee calls on the UK Government to “respect the particular circumstances in Scotland”, including the high level of support in Scotland for remaining in the EU.

The Committee concludes that any Brexit deal should accommodate Scotland’s particular needs, including its reliance upon EU migration to meet both labour market and demographic needs. The Committee warns, however, that conferring legal personality upon Scotland, to enable it to negotiate its own agreements with the EU or third countries, would have ‘profound and unpredictable constitutional and political consequences’.

The Committee restates its previous conclusion that the unique circumstances of Northern Ireland will require unique, ‘flexible and imaginative solutions’.

The Committee notes that Brexit has already undermined political stability in Northern Ireland and exacerbated cross-community divisions. In light of the Conservative/DUP agreement, it calls on the Government to maintain confidence in the nationalist community. The Committee welcomes the commitment of the UK Government and the European institutions to protect the achievements of the peace process and to avoid the imposition of a hard border in the island of Ireland.

The Committee notes that the Welsh economy is heavily dependent on exports to the EU, operating a £2.25bn trade surplus with EU member states against a £2.3bn trade deficit against non-EU countries: Welsh manufacturing would therefore be hard hit by a failure to agree a comprehensive trade deal with the EU. The report also highlights that the loss of EU funding will put Welsh agriculture at risk, given the predominance of hill farming and sheep farming.

The Committee notes the Welsh Government’s wish to “work constructively” in achieving a successful outcome, and calls on the UK Government to “reciprocate this good faith”, finding ways protect Wales’ interests in the Brexit negotiations.

Commenting on the report, Lord Jay of Ewelme, a member of the Lords EU Committee and former Head of the Diplomatic Service, said: “Brexit’s impact on the future of the United Kingdom will be profound and unpredictable.

“At the moment the internal politics are pretty toxic, and we saw only last week the start of what could become a deep and bitter dispute on the role of the devolved institutions in passing the EU (Withdrawal) Bill.

“We can’t afford this. The UK Government must respect the devolved institutions. It’s not enough saying it’s listening to them—it’s actually got to take account of what they say and adjust its approach to accommodate their specific needs. Equally the devolved administrations must work with, not against, the UK Government to get the best Brexit for the whole of the UK.

“Devolution in the UK has been uncoordinated. For the last 20 years the EU and its institutions have helped hold together an increasingly devolved UK. In the long term we will need real reform: we will need to agree guiding principles, and finally replace the Barnett Formula with a needs-based funding arrangement.

“But that’s for the future. In the short term what is crucial in getting the best out of Brexit for all parts of the UK. That means setting aside party politics and working together. It means the Government getting the basics right, using existing structures like the Joint Ministerial Council on European Negotiations to build a true consensus.”

SNP spokesperson for Foreign Affairs and Europe Stephen Gethins said that today’s report from the House of Lords EU committee shows a real additional danger of a ‘cash-grab ‘ from Scotland following Brexit.

Mr  Gethins said: “The UK Government wants to use leaving the EU as cover to grab powers from the Scottish Parliament. This report shows there is now a real threat of a cash-grab alongside a power-grab.

“Scotland’s farm payments must be protected – but the answer cannot be to rip up the Barnett formula and slash Scotland’s budget for public services.

“The committee highlights the ‘top-down’ approach of the UK Government to Brexit. We agree with committee members that UK ministers should not impose a settlement on the devolved governments and parliaments but instead should work in partnership with them.

“That means sitting round the table with Scottish ministers and those from other devolved administrations in JMC meetings, which this report makes clear should be resumed – and also by giving the devolved governments a seat at the negotiating table.

“With every day that passes, the economic disaster threatened by the Tories’ extreme Brexit plans becomes clearer – this report shows Scotland’s voice, along with that of Wales and Northern Ireland, cannot be ignored by Westminster.”