Decisions could be made 'in the dark'

Immigration being managed on ‘unreliable’ data 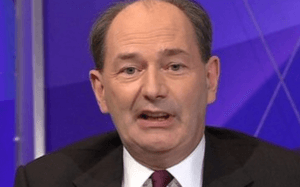 The Government will struggle to take control of immigration post-Brexit if it continues to use the woefully inadequate migration data it currently relies on, warns a government committee.

This is one of the main findings of the Brexit and the Labour Market report published today by House of Lords Economics Affairs Committee.

It comes as the European Union and Britain offered few compromises at their first full round of Brexit talks which ended on Thursday, and the pound fell on worries that British ministers were prepared to walk away without a deal.

The UK government announced new concessions, saying qualifying EU citizens in the UK would retain voting rights in local elections. The government also said it would give EU citizens who qualify for post-Brexit “settled status” greater flexibility to move away from the UK for limited periods without losing their rights.

In a joint press conference at the end of four days of talks, the EU’s chief negotiator appeared to criticise the UK for a perceived lack of preparedness, singling out the government’s refusal to set out its position on its financial obligations to the EU.

Commenting on the Lords report, Lord Forsyth of Drumlean, Economic Affairs Committee chairman (pictured), said: “The Government must have reliable statistics on migration before it formulates new policy, otherwise it will be making crucial decisions – of vital importance to the country’s businesses – in the dark.”

He adds that business will have to adjust their operations to accommodate the new arrangements on immigrant labour.

“It will take companies time to adapt their business models to be less dependent on EU workers and an implementation period is essential to ensure a smooth transition.

“Businesses will have to accept that immigration from the European Union is going to reduce and adapt accordingly.

The Committee’s 2008 report on immigration warned that the employment of migrant workers could lead to businesses neglecting skills and training for British workers.

“As the recruitment and retention problem in the nursing sector highlights, these fears have been realised and training for the domestic workforce needs urgently to be given a higher priority.”

In order to address the problem with the migration data the Committee recommends the Government should:

Other findings and recommendations from the report include: