Glasgow: most expensive city in UK for students

Glasgow may be one of the top locations in Britain to study but it is also one of the least affordable for students, according to a new study.

Students in the city have the lowest term time income, despite working above the average number of hours in part-time jobs.

They are also hit with above average household bills and receive the lowest amount in Scotland when it comes to bursaries/scholarship. However, students in the city also spend more on going out than anywhere else.

The Royal Bank of Scotland Student Living Index surveyed almost 3,500 students across the UK to determine the most affordable place to study.

The survey takes into account a range of factors, from how much students spend on going out to how much time they spend studying.

It found that Cardiff was most affordable place to study in the UK while Scottish universities have both the highest and lowest monthly student incomes.

Aberdeen sees students receive the most in the UK from term time work, £220 a month, which is more than double the UK average of £97.

Students in Aberdeen also have the highest overall term-time income when taking into account all sources of money such as mum and dad and personal savings, £1583.80 per month, which is £440 more than the national student average.

Glasgow has the lowest total income at under half that, £786.60 a month.

Stirling students are the most fashion conscious, spending the most on clothes and shoes in the whole of the UK.

Dundee students spend the most on household bills, £30 more than the UK average of £43 a month.

St Andrews students are the most likely to say they have chosen to study there due to the University’s reputation.

Students in Edinburgh spend the least in Scotland on going out, £19.90 per month compared to the UK average of £25.10.

Dan Jones, Royal Bank of Scotland Head of Student Accounts said, “The Student Living Index helps students to see how they might budget while at University.” 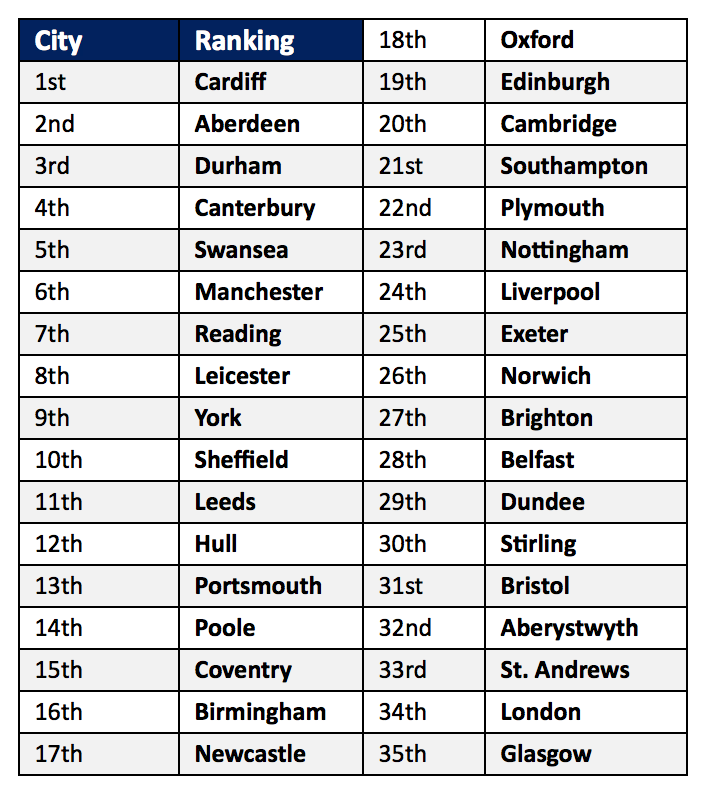