A report on modern working practices, including the so-called ‘gig economy’, calls for the creation of a new category of ‘dependent contractor’ to bridge the gap between the self-employed and employees.

A range of recommendations intend to resolve the debate over flexibility and security by ensuring workers falling into this category gain more protection.

Firms which have a “controlling and supervisory” relationship with their workers would have to pay a full range of benefits, including national insurance contributions.

As a dependent contractor they would be entitled to rights such as sick pay and holiday pay.

Matthew Taylor, a former Downing Street strategist, published his 115-page report after a months-long investigation into practices involving those working in non-contracted jobs such as a delivery workers, hair dressers and decorators for companies like Deliveroo and Uber.

Flexibility will continue to built in. However, the employer may have to pay national insurance contributions and give giggers clearer guidance on their expected earnings.

The review by Mr Taylor, who worked for Tony Blair and is chief executive of the Royal Society of Arts, may also form the basis of a further overhaul of low paid work as the nature of employment in Britain becomes more fragmented. He is calling for an end to “cash in hand” pay, but does not recommend banning zero hours contracts.

Prime Minister Theresa May, who joined him at the launch of the report, is under pressure to come good on her promise to do more for those on lower earnings. Her critics claim the Conservative party has a poor record on workers’ rights. British trade union legislation is now considered among the most worker-unfriendly in Europe.

One trade union described the review as “disappointing”. Tim Roache, GMB General Secretary, said: “The recommendations in the Taylor Review show some laudable aims on the surface – and of course any progress in basic employment rights is welcome – but as a whole it’s a disappointing missed opportunity.

“Everyone can pay lip service to wanting good quality, well paid work but employers could offer that right here and now, they simply choose not to. They won’t decide to do so just because they’re asked nicely.

“The exploitation of insecure workers is a deliberate and a core part of company business models, where any loophole is exploited to pay workers less and make more profit for employers.

“This isn’t a quirk of the system, this is the system – and without regulation this system will inevitably continue.

Neil Carberry, CBI managing director for people and infrastructure, said: “A number of proposals in the report will be of significant concern to businesses. Changes to the application of the minimum wage, rewriting employment status tests and altering agency worker rules could have unintended consequences that are negative for individuals, as well as affecting firms’ ability to create new jobs.

“The Government will need to consider these aspects extremely carefully, alongside proposals for any future tax changes, to ensure our labour market retains the flexibility and entrepreneurship that has made it the mainstay of the UK economy.”

Andy Willox, the FSB’s Scottish policy convener,  (right) said the outlined contractor status could bring protections to those unfairly treated in the gig economy, without burdening the genuinely self-employed.

“Ministers and MPs must now protect the genuinely self-employed from being dragged into this new category.

“Earlier this year, FSB launched new research mapping Scotland’s self-employment hotspots. The study showed that many of Scotland’s most prosperous and successful places have large numbers of people who work for themselves.

“FSB has long supported and championed those that have chosen to strike out on their own – through both campaign work and membership services. Governments in Edinburgh and London must recognise the contribution of the self-employed, while looking at new ways to ensure these people get the support they need.


“However, the tax system must continue to recognise the risks faced daily by the genuinely self-employed. There should be no attempt to single them out for tax hikes.”

A Glasgow employment law specialist, who sat on the Taylor Review panel, said a fresh attitude was needed towards employment if the UK was to change from being the EU state with the lowest productivity but longest hours worked. 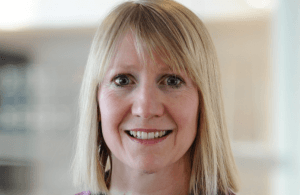 Diane Nicol, a partner and head of employment at Pinsent Masons, (right) said: “The UK’s flexible approach to engagement and employment has benefited the economy in recent years but it faces a productivity puzzle. Workers in the UK work the longest hours in Europe, and productivity is the lowest of any member state. To close this gap we need a shift in attitude towards employment in general and modern industry.

“New business models, such as the gig economy, must include appropriate protection for workers enshrined in law while supporting the entrepreneurial spirit that forms the backbone of UK business. Achieving a balance between protecting our workers’ rights to earn an honest wage and not impinging on flexibility, dynamism and innovation of new businesses is crucial.

“Shedding light on how workers and the self-employed are defined will be an important gateway to addressing rights, like holiday pay and national minimum wage for example, which workers are often deprived of.

“We see time and again that the majority of companies, particularly those with greater resources, have the appetite and drive to protect workers’ rights and want to operate by the book, but some employers lack awareness of what should be done, how and why. Of course, a minority do exploit their workers and they, together with those who lack awareness, are stifling progress and this needs to be addressed as a matter of urgency.

“Clarifying worker status, considering enhancing rights for the most vulnerable atypical workers, overhauling legislation designed to promote more effective consultation with workers and educating businesses and individuals about their rights and responsibilities, amongst other recommendations, will help create the foundation of success for the future.”