Daily Business is today re-issuing its complaint to the BBC over the corporation’s continued promotion of selected media.

An initial complaint on 15 May prompted an acknowledgement that same day, the following day and again on 23 May which stated that complaints would normally receive a reply within two weeks. Two months have now passed and there has been no further communication.

The BBC said that the time taken to reply “depends on what your complaint was about and how many others we are handling, or [a delay] may sometimes be due to more practical issues. For example a production team may already be working on another programme or have gone on location.”

Daily Business is therefore issuing a reminder of what the complaint was about. An updated version is published below and will be sent via the appropriate channels.

Call for fair and equal treatment of media promotion by BBC

Daily Business, the online news service based in Scotland, today calls on BBC Scotland to exercise fairer editorial and commercial judgement in its regular promotion of the country’s media.

In particular, BBC Radio Scotland’s daily ‘Review of the Papers’ on Good Morning Scotland is a promotion of news media content and focuses entirely on a limited number of titles.

It fails to acknowledge that ALL these titles are increasingly read online and are therefore in competition with online-only publications which handle the same content but are generally excluded from these reviews.

This regular promotion of selected media outlets – essentially their print publications – is an encouragement to readers to view these selected titles, online as well as in print, at a cost to those which are not promoted by the BBC. This is giving the selected titles a commercial advantage.

GMS cannot claim that its review is restricted to the “papers” as it has also included The Independent, mentioned (in May) on at least three occasions, even though it is no longer available in print.

It is the view of Daily Business that this daily review is in breach of the BBC’s editorial guidelines. These state that reviews should be free from “plugging”. They add that no “undue prominence” should be given to a product, brand or service. BBC Radio Scotland regularly leads on the same titles, namely The Herald and The Scotsman, giving prominence to their content even when the same content is available via other suppliers which are not mentioned.

BBC Radio Scotland has stated that its review of the papers is not promoting these titles. This is nonsense. Listeners are clearly being directed to specific articles and specific content providers. There are also instances where this direction is quite blatant. On 21 June its sports presenter referred to an article in The Herald and said: “It is a really good piece and I would urge anybody to take a look at it.”

Daily Business Editor and Director Terry Murden said: “This is a serious issue of fair treatment and competition, both from an editorial and commercial standpoint.

“It is my view that the BBC’s review of the papers is providing a select number of media organisations with free daily promotion of their content.

“Aside from the commercial arguments in this case, there are also issues of plurality and inclusion that the BBC is obliged to take into account.

“I held one meeting on this matter with senior personnel at BBC Scotland HQ at Pacific Quay in November, which led me to believe this matter would be taken seriously. However, nothing has changed.

“I have since written twice to Donalda MacKinnon, the new head of BBC Scotland. I have yet to receive a reply.” 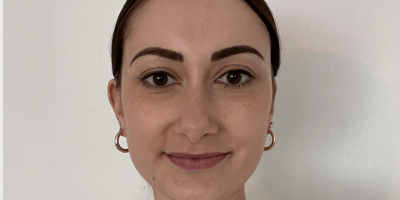