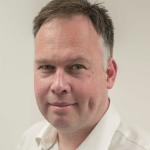 Ian Craig has moved from Bank of Scotland to join Assetz Capital, the peer-to-peer finance platform, as regional relationship director in Scotland.

Mr Craig worked in the Scottish SME banking team for Bank of Scotland.

Assetz Capital is working towards a target of £50 million in lending which would make it the second largest alternative finance lender in Scotland.

Founded in 2013, it is now the fifth largest P2P platform in Europe and its investors have earned a gross interest of more than £24m since launch in 2013, with over £295 million lent to date.

Stuart Law, CEO, said: “With over 50% of our green energy loans portfolio generated in Scotland, the region holds special value to us as a business, our milestones and our core values of sustainability.”