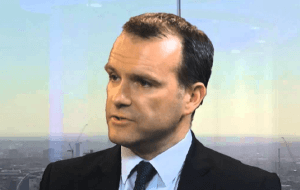 Stem cell developer Collagen Solutions saw revenue surge on the back of expansion in Asia and Europe, although losses doubled.

Investors bought in to its expansion plans to drive the shares up marginally to 5.5p in early trade.

Growth in both Asia and Europe helped raise revenues by 26% to £4.1m against £3.24m previously.

This growth was organic and driven largely by gains in Europe and Asia though North America still provided the bulk of sales at £1.92m, up 6%.

The company, whose European headquarters are in Glasgow, announced in April that co-founder Stewart White (pictured) would be leaving the board but staying on as a consultant.

It also said at that time that plans to relocate its US R&D headquarters from San Jose to Minneapolis by September.

Balance sheet strengthened with up to £10.8 million (gross) in equity and venture debt facility

60% stake taken in Cre8ive Collagen to move into Chinese market

The Company’s AGM will be held at 3 Robroyston Oval, Nova Business Park, Glasgow on 30 August at 11am.

Jamal Rushdy, chief executive, said: “I am pleased with the progress our team has made over the past year with our new focused strategy to deliver growth in our core supply, development, and manufacturing business through several commercial initiatives, and to build strategic value with our proprietary products R&D pipeline. In addition, our recent financing at the end of the financial year strengthened our balance sheet to fuel these growth initiatives.

“We strengthened our leadership team with three key appointments in Sales and Marketing, Research and Development, and General Management. With this momentum, funding, and team in place we remain positive about our vision to be the industry’s first choice in regenerative biomaterials and progress towards our goals to deliver our revenue growth and profitability targets.”