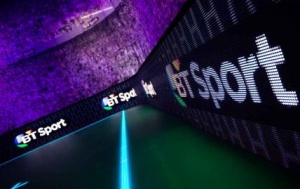 Up to 134 matches across both competitions over nine weekends will be broadcast live on BT Sport. Financial details were not disclosed, but it will have been fiercely contested with Sky Sports.

BT Sport will show up to 69 live Aviva Premiership matches this season and extended highlights of all 135 matches in the competition.

Andy Haworth, BT’s managing director of content and strategy, said: “BT Sport is now the home of elite European rugby, as well as the home of Aviva Premiership Rugby.

“We’re proud to have won all of the live rights for this fantastic competition. We’re extremely passionate about our rugby coverage and will continue to work hard to grow the profile of the sport.”

Sky Sports broadcast the Champions Cup – or Heineken Cup, as it was known until 2014 – from its inception in 1995 until the 2014-15 season, when the European Professional Club Rugby (EPCR) – European rugby’s governing body – split the coverage between Sky and BT in order to increase revenues.

Broadcasting rights for the Challenge Cup, European rugby’s second tier competition, were also split in 2015, after Sky had held them exclusively since 1996.

Vincent Gaillard, the chief executive of EPCR, said: “We are delighted to move to a single pay-TV platform for European club rugby with a premium broadcaster in BT Sport, who share our commitment to the promotion of our competitions.

“We look forward to further developing that relationship to continually create outstanding rugby experiences for fans across the United Kingdom and Ireland.”

It is the latest coup for BT Sports since it launched in 2013. It has secured top football tournaments and the exclusive rights to the Aviva Premiership Rugby.

Sky retains the rights to the Guinness Pro 12. It also has exclusive rights to the British and Irish Lions tour, international winter and summer Tests and the Rugby Championship.

It has retained rights over the bulk of national and international cricket in a deal worth £1.1bn to the England Cricket Board (ECB).
Share The News