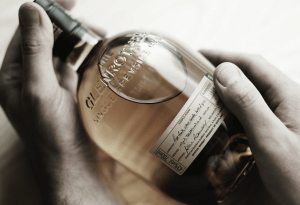 Scotch whisky producers take their case against the SNP’s plans to hike the price of alcohol to the high court this week.

The Scotch Whisky Association is challenging the party’s flagship policy to tackle binge drinking, claiming that imposing a minimum price is the wrong approach.

First minister Nicola Sturgeon introduced the measure when she was health minister, and it was passed by the Scottish parliament in 2012 with a majority of 86 votes to one.

It aims to reduce alcohol consumption by imposing a minimum unit price — initially set at 50p for a unit of alcohol.

The Scottish government claims that it will help reduce rising cases of liver disease and cirrhosis. In 2015 it was reported that alcohol was responsible for 20 deaths per week in Scotland.

Alcohol consumption north of the border also remains about a fifth higher than the rest of the UK, with the difference in sales almost wholly made up by off-trade units, particularly lower priced vodka.

The legislation would mean a 70cl bottle of spirits with an alcohol by volume (ABV) level of 40% would cost at least £14 while strong cider would double in price.

Since being passed the legislation has caught up in legal debate as the drinks industry claimed that education rather than raising the price would be a more effective means of tackling alcohol abuse.

A group of traders, including the Scotch Whisky Association and Spirits Europe will claim that the plans contravene EU trading rules and free movement of goods.

There are also concerns that raising the price will send out a damaging message to other countries and risk undermining efforts to reduce taxes in those territories.

Exports of Scotch whisky rose to more than £4 billion last year, accounting for more than a fifth of the UK’s total food and drink exports. About 90% of whisky is exported.

Karen Betts, the new chief executive of the SWA said: “Minimum pricing schemes amount to non-tariff trade barriers and this is of real concern to our industry.

“Were other governments to follow the Scottish government’s lead, the Scotch whisky industry . . . would be damaged and with it the jobs and communities which rely on the industry’s continued success.”

Speaking last year about its plans to appeal, acting chief executive Julie Hesketh-Laid said: “This is not a decision we have taken lightly. It comes after wide consultation with our member companies and other parties to the case to see whether there is an alternative way forward.

“However, given our strong view that minimum pricing is incompatible with EU law and likely to be ineffective, we now hope that our appeal can be heard quickly in the UK Supreme Court.”

“Minimum unit pricing is one of a range of measures we are implementing to reduce alcohol-related harm.”