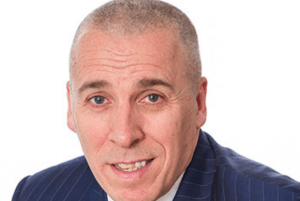 Chartered accountant Wylie & Bisset is the latest firm to win a contract to deliver insolvency services on behalf of the Scottish Government.

It is the first to have been awarded the contract on three consecutive occasions and follows an earlier award to Insolvency Support Services.

Glasgow-based Wylie & Bisset was awarded the contract for Accountant in Bankruptcy (AiB), an executive agency of government which administers the process of personal bankruptcy and records corporate insolvencies in Scotland.

The contract was awarded following a full public procurement exercise and starts on 1 July. It runs initially for two years allowing for two optional one-year extensions, which could deliver significant savings to the public purse.

Wylie & Bisset is currently the main provider of services for AiB, handling around 60% of all allocated cases and more sequestrations than any other firm in Scotland. The previous AiB contract was valued at around £13 million and Wylie & Bisset will be allocated 60 per cent of cases under the new contract.

Donald McKinnon, joint managing partner of Wylie & Bisset, which employs 134 staff, said: “This is a tremendous achievement for Wylie & Bisset and a gives us the opportunity to build on the hard work by its staff over several years.”

Mr McKinnon said Wylie & Bisset had enjoyed working with the AiB team, which had “challenged the firm to implement robust systems and even higher standards, designed to deliver a better Insolvency Service for the people of Scotland.”

Gordon Chalmers, insolvency partner for Wylie & Bisset, added: “We have risen to the challenge and look forward to continuing our journey working closely with the AiB.

“We are proud to be the only firm to have won this government insolvency contract on three consecutive occasions.”

Accountant in Bankruptcy chief executive Dr Richard Dennis said: “This is the third contract for insolvency services to be awarded by AiB and, as a result of the competitive nature of the procurement process, we have been able to secure improved fee rates and consequently better value for taxpayers.”

> Insolvency Support Services (ISS) also announced recently that it has been re-appointed by the AiB to provide managed bankruptcy services on its behalf, following ISS’s success in a competitive public procurement process.

ISS will continue to administer personal bankruptcy cases across all regions of Scotland where the AiB has been appointed as trustee.

Eileen Maclean, a founding director of ISS, commented: “We are absolutely delighted to have been re-awarded the insolvency services contract by the AiB.

“We invest heavily in staff training and development as well as in the continuous improvement of our systems and processes. We very much look forward to working in close collaboration with AiB throughout Scotland in the coming years.”