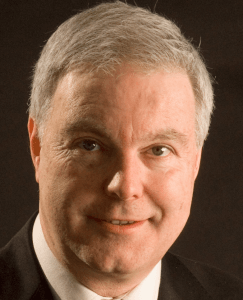 Ahead of the vote, there was little selling of UK risk: 10 year gilt yields are near their lowest since October. The FTSE Mid 250, which emphasises domestically oriented UK businesses, has been strong recently.

But I expect selling today, with falls of 2% to 3% in sectors like property, media, retail and challenger banks.

However FTSE 100 sectors with international earnings – pharma, oils, mining, exporters – should gain on the weaker pound. The majority of FTSE 100 earnings are overseas.  But some domestically-oriented sectors such as housebuilding and building products can benefit in the coming months as there is cross party agreement on the need to boost these, although with differences in implementation.

A barely workable Conservative majority will certainly weaken Britain’s hand in Brexit negotiations and may delay the start of talks this month. But recently investors seemed to think that a reduced Conservative majority might increase prospects for flexibility in negotiations and a soft Brexit. If anything can be taken from a confused election result, it is that the electorate does not want a hard Brexit.

This may already be reflected in the calmness with which investors approached the election. Business and consumer confidence has been resilient. The pound has sold off  overnight and could see a further modest fall, giving up its rally this year.

The weak result for the SNP in Scotland undermines the momentum for another independence vote.  Avoiding nationalisation risk and  higher corporate tax risk are also positives from a UK equity market perspective.

The path to a more generous transition agreement is now less clear. This adds uncertainty and volatility. Theresa May would have hoped for a cabinet reshuffle, selecting the cabinet that will help her most in the Brexit negotiations, after beginning with a compromise team.

Markets would have been reassured if one or two hard Brexiteers are dropped. Instead it is now more likely that one of the hard Brexiteers will replace her in party leadership. Her own position is untenable.

The global background may matter more to investors than the election result. Growth in the economies that were hit by the financial crisis is still sub-par, and the ratio of global debt to GDP is now at a record high.  Indeed, many major economies have higher debt levels today than they had at the start of the crisis.  In the periphery of the Eurozone, non-performing loans remain high.

Investors usually pay too much attention to politics – elections reinforce the notion that governments can control the direction of the economy.  In practice, business confidence is not so easily directed, and interlinking with the global economy is a straightjacket.

Markets quickly rein in any unrealistic ideas of government borrowing.  There are many businesses that will prosper independently of governments, with a specialisation or competitive edge.