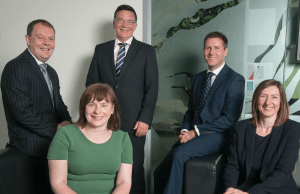 Law firm Thorntons has announced the appointment of three partners as it expands its senior teams in Dundee and Edinburgh.

Two are existing associates, Chris Byrne and Jacqueline Henderson. The third is Morna Coutts, who joins the firm after seven years at Morton Fraser. She joins the private client team based in Thorntons’ Edinburgh office.

Mr Byrne joined the firm when it amalgamated with Murray Donald in November 2014 after spending most of his career prior to that with a large commercial practice in Glasgow.

Scott Milne, joint managing partner at Thorntons, said: “Appointments like these are further evidence of our desire to invest in our people and our commitment to being a prosperous and sustainable firm.

“Congratulations to our three new partners, I have no doubt their appointments will enhance the firm and its continued aspirations to be the most respected full service law firm in Scotland.”