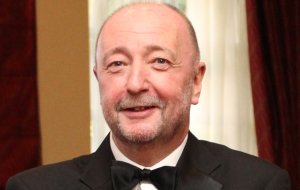 Total order intake across all sizes and sectors (51%up, 28%same, 21%down) is better than both the last two quarters, which follows seven quarters when the returns were negative.

This has resulted in staffing increases (35%up, 52%same, 13%down) and Bryan Buchan (pictured), CEO said: “Particularly strong growth has come through in staffing levels and despite this, levels of overtime working continue to be relatively high. Not surprisingly, against this background optimism remains high.”

Optimism across the industry (35%up, 46%same, 19%down) is similar to the first quarter of 2017 which shows a considerable increase compared to the previous two years.

Similarly, export orders are higher in the first two quarters of 2017 than they were in the preceding 13 quarters, caused in no small part, according to Mr Buchan by the continuing weakness of the pound against foreign currencies.

“Initially, when the exchange rate against sterling fell, the Scottish engineering sector took some time to catch up with the rest of the UK in terms of export orders. That may have been down to the fact that most of our orders go to the rest of the UK and it took us somewhat longer to hit the export trail,” he explained.

Apart from a few isolated areas like oil related business, the industry is looking forward with a positive approach to the next three months.

On the issue of gender equality in the engineering industry, Mr Buchan was also enthusiastic. “For the second consecutive year our Scottish Engineering/Incorporation of Hammermen of Glasgow Award presented to a young graduate was won by a young lady. This year it was won by Meryl Devlin of Aggreko in Dumbarton who oversaw delivery of a complex project on heavy fuel oil generator design.”