ScotSoft to feature biggest ever line-up

Scotland’s biggest software event returns in October with its biggest speaker lineup yet.

Now in its 20th year, ScotSoft brings together more than 600 CEOs, decision makers and developers from the private and public sectors.

Polly Purvis, chief executive of digital industries body ScotlandIS, said: “I am very proud of the role ScotSoft has played in bringing international speakers to Scotland and showcasing local experts over the last 20 years.

“As the digital technology sector in Scotland continues to grow, and the technology calendar has blossomed, events such as ScotSoft become more and more influential in shaping the industry.

“Our tagline for this year’s event is: ‘sometimes you just need an idea’. ScotSoft does just that by offering a unique opportunity for developers, CEOs and thought leaders to meet, share knowledge and inspire each other to think differently.”

This year the Developers’ Conference will cover four main topics: platforms in the cloud, cyber security, augmented and virtual reality including robotics, and data and analytics.

The day also includes speakers from the Edinburgh Centre for Robotics, My1Login, the DataLab, 13coders and more. For the first time each session will be ranked by technicality of talks allowing the attendee to choose which talks they want to attend by indicating the level of complexity.

For CEOs and decision makers, the leadership forum will have three themes: expanding markets, growing teams and financing your business. The forum will feature a number of speakers including Keynote, Greg Mesch, CEO at CityFibre – a man who has helped build and sell two companies for over a billion pounds each. John Bernard, marketing director at Dexcom, Ed Molyneux, founder and CEO of FreeAgent, and Frances Sneddon, CTO of Simul8 will also speak, with more to be announced.

ScotSoft will again feature the Young Software Engineer of the Year Awards, now in its 28th year. 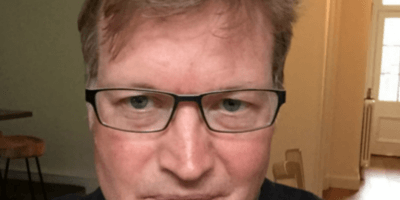