No further claim on bank

Royal Bank of Scotland today said the £200 million settlement with shareholders avoided a trial that could have last “several years”.

The bank yesterday reached an eleventh hour agreement with those representing most of the remaining claimants which meant the three-times adjourned trial would not go ahead.

They were suing for compensation after claiming they were misled in the £12 billion rights issue launched in 2008.

The settlement, without acceptance of liability, means the executives who were in charge at the time of the share issue including former CEO Fred Goodwin, will avoid public scrutiny of their actions.

The bank confirmed that although there are a rump of investors yet to accept the 82p per share compensation offer there are no plans by any of the claimants to pursue the action.

In a statement, the bank said: “87% of the remaining claimants by value have accepted the settlement offer and the trial has now been vacated.

“This includes the Action Group, which represents the individual retail claimants. The offer remains open for acceptance for a short period to the further 13%.

“It was made clear today in court that this delay is the result of procedural issues. None of the outstanding claimants have indicated any intention to continue the claim.

“We have been very clear that putting our legacy issues behind us is a priority so that we can focus on building the best bank for our customers, shareholders and employees.

“Reaching settlement, with no admission of liability, is a positive outcome for the bank and its shareholders, in what could have been a lengthy trial process lasting several years.” 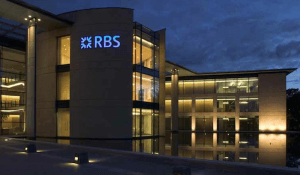 The bank had faced demands for £520m in compensation from 9,000 retail investors and 18 institutions who claimed they had been misled about the bank’s financial circumstances.

Mr Justice Hildyard was told at a hearing in London of the deal agreed on Monday night and as a result the case was closed.

Mr Jonathan Nash QC, who is acting for the claimants, said that a “significant” proportion of those who had not yet agreed to the 82p offer that was made last month are expected to do so before the deadline on 4 July.

Any hold-outs will then have until 28 July to tell the court that they want to resurrect the trial – but they will have to provide evidence they have the funding to proceed with the case.

Trevor Hemmings, a millionaire businessman who had been financing the lawsuit, agreed to the settlement in May, leaving the shareholders without any funding.

Neil Mitchell, a Scottish businessman who is pursuing a separate legal action the bank, claimed he had raised the £7 required for the case to go ahead, but Mr Nash said that reports that financing was in place to continue the action were “incorrect”.

He said: “I’d like to make it crystal clear that the legal team has seen no evidence that funding is available.”

RBS has, however, come in for renewed criticism for spending more than £1 billion in its battle to stop the trial from going ahead and preventing its former executives giving evidence.

This sum includes £700m paid out for an earlier settlement with thousands of other claimants, and more than £100m in legal fees.