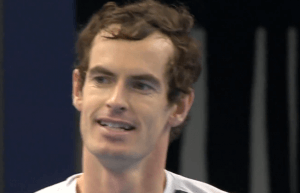 Andy Murray showed no signs of pre-tournament wobbles as he strode into the quarter finals at Roland Garros.

The Scot booked his place in the last eight for a 29th time in a grand slam with a straight-sets win over Karen Khachanov in Paris.

It was a confident display from Murray who admitted before the French Open that was concerned about his form.

But he showed now signs of worry as he despatched Khachanov, the youngest man to reach the fourth round at Roland Garros for eight years, 6-3 6-4 6-4.

Khachanov, ranked 53, had beaten Tomas Berdych and John Isner to make the last 16, but the world number one came into the match on a high after his third-round victory over Juan Martin del Potro.