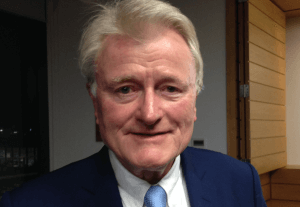 NewRiver REIT, headed by property developer David Lockhart, is looking to raise £200 million to buy out its joint venture partner and fund acquisitions.

The group, which owns a number of shopping precincts in Scotland, last year raised £150m which has been spent on acquisitions and is continuing to look at assets with attractive yields.

The offer price for the new capital raising exercise is between 330p and 340p a share. Liberum and Peel Hunt are joint bookrunners.

New River Retail, launched in 2009,  has progressed from the Alternative Investment Market into the FTSE 250.

Since its launch it has grown from a market capitalisation of £25 million to £800m with more than £1 billion of assets, including shopping centres, retail parks and warehouses, and pubs.

Mr Lockhart, who in the early 1990s launched, built and then sold Scotland-based Halladale Group in 2007, said the company had chosen assets with a strong yield and which offered a destination element.