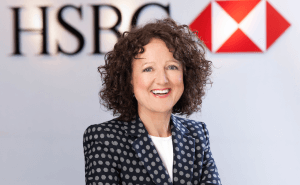 HSBC is creating a further 500 jobs in Scotland, its third expansion north of the border in three years.

The bank is expanding several functions that will increase its Scottish headcount to 4,500.

The recruitment drive will grow its global risk business, which was established in Edinburgh in 2015. It will also fill roles in its contact centre in Hamilton.

The announcement comes days after HSBC increased the size of its SME Fund in Scotland to £500 million in an effort to meet rising demand for investment capital from businesses.

“We are absolutely committed to helping businesses and individuals to achieve their ambitions. The successful establishment of our global risk function demonstrates that Scotland has the talent we need and HSBC is a place that talented people want to work.

“This is our third year of significant expansion in Scotland. The new roles announced today and the increase in the size of our SME fund further illustrates the various ways in which HSBC is contributing to the growth of the Scottish economy.”

She said: “This is testament to our skills and expertise and builds on HSBC’s significant business presence here.

“Scotland is open for business and this announcement further demonstrates our position as a prime location for investment and growth.”

All four of HSBC’s global businesses are represented in Scotland, including commercial banking; global banking and markets with HSBC Securities; retail banking and wealth management; and private banking, plus a range of service businesses.