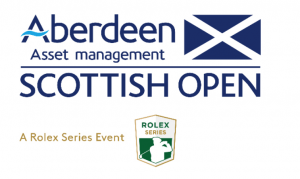 Gullane will host the men’s and women’s Aberdeen Asset Management Scottish Open tournaments next year, following the same format being of this summer’s double-header at Dundonald Links.

It will be a second visit to Gullane for the men’s event which was won in 2015 by American Rickie Fowler fending off a top-rated field, including Phil Mickelson, Matt Kuchar and Justin Rose.

There is every prospect of it attracting more top names now that it is part of the European Tour’s Rolex Series.

The Ladies Scottish Open has also benefited from a three-year deal which sees its prize fund rise from £428,000 to £1.2m – the biggest on the LET outside the majors.

Martin Gilbert, CEO at Aberdeen Asset Management, said: “We had a great tournament with a great winner in Rickie at Gullane in 2015 and we anticipate equally worthy winners of the men’s and ladies editions this year at Dundonald.

“Both events are amongst the most-highly regarded on their respective Tours and have become sought after fixtures ahead of both the men’s and ladies ‘Open Championships.’

“Gullane is a spectacular course and together with our tournament partners we will continue to host our events at the best possible venues which showcase Scotland in all its glory to an ever increasing global TV audience.”

“The course will once again provide a true links challenge that will be enjoyed by the world’s golfing elite.”

European Tour chief executive Keith Pelley added: “We’re delighted to be returning to Gullane Golf Club next year, at an exciting time in the history of the tournament.”

Since 2015 some changes have been carried out by course architects Mackenzie & Ebert, the same company that has transformed the Ailsa Course at Turnberry.