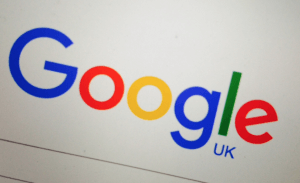 Google has been fined a record €2.42 billion (£2.14bn) by EU regulators for abusing its position to promote its own shopping service.

The penalty was immediately described as “misguided” by one leading economics organisation.

It is the biggest fine the EU has imposed on a single company in a competition case, beating the €1.06bn sanction handed out to US chipmaker Intel in 2009.

The European Commission said Google faces a further penalty if it does not stop favouring its own channel. The company has also been accused of blocking rivals in online search advertising.

Google settled with US regulators in 2013 without a penalty after agreeing to change some of its search practices.

In a statement issued after today’s judgement it said its data showed people preferred links taking them directly to products they want and not to websites where they have to repeat their search.

“We respectfully disagree with the conclusions announced today. We will review the Commission’s decision in detail as we consider an appeal, and we look forward to continuing to make our case.”

An expert from the Adam Smith Institute was critical of the ruling. Sam Bowman, executive director said: “In fining Google this morning for giving prominence to its Google Shopping service European Regulators made the same mistake that regulators did in the 1990s when Microsoft was fined for bundling Internet Explorer with Windows products.

“The basic error is to assume companies like Google and Microsoft are akin to ‘Natural Monopolies.’

“If a user experience is made worse by Google Shopping being prioritised then users will have the option of moving to a search engine like Bing – not to mention there would be an incentive for large existing rivals like Facebook to create their own rival platform.

“If people can switch between platforms it doesn’t matter much if, within a platform, there isn’t that much competition.

“The core issue here is whether we need to force competition within software platforms if competition exists between them.

“Just as use of Windows declined steadily as users moved to other operating systems so Google users have plenty of alternatives they can switch to if bundling worsens the platform’s quality enough.

“Bundling has benefits as well as costs, because it pays for the free things Google does, and trying to stamp it out will end up hurting users in a misguided quest to help them.”