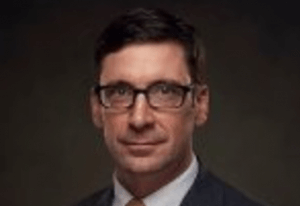 Dickson Minto, the Edinburgh-based corporate law firm, has broken into the list of top advisers to Britain’s biggest companies.

The practice has moved into third place in a new ranking dominated by the “Magic Circle” of City firms.

Slaughter & May and Herbert Smith Freehills were ranked first and second, based on current client counts. Dickson Minto, which also has an office in London, has edged above big ticket firms such as Linklaters and Overy & May.

It has also advised BC Partners, Caird Capital, Charterhouse Capital Partners and Premier Hytemp. It was listed as eighth in the last ranking of profit per equity partner which was estimated at about £1.2m.

Partner Douglas Armstrong (pictured), said: “We see many exciting opportunities to advise clients on IPOs in the next few years, in particular in the real estate and tech sectors.”