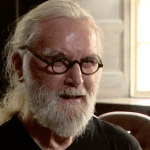 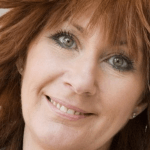 Comedian Billy Connolly said he will continue to see himself as the “hairy rebel” after being knighted in the Queen’s Birthday Honours.

The Big Yin, who received the CBE in 2003, is recognised for his services to entertainment and charity.

Anton Muscatelli, principal of Glasgow University, was also knighted and there were honours for Judy Murray, mother of tennis stars Andy and Jamie, who receives the OBE, and author JK Rowling, who becomes a Companion of Honour for her services to literature and philanthropy.

She said: “I am immensely proud and humbled. It is a huge honour to receive such recognition.” 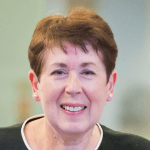 Polly Purvis (right), chief executive of ScotlandIS since 2004, has been awarded an OBE.

Mrs Purvis is also the chairman of CodeClan, the skills academy which she and her team were instrumental in establishing in 2015. She has campaigned for many years to bring about action to tackle the digital skills shortage in Scotland and the gender gap in the industry.

She said: “I was surprised and delighted to be included on the Queen’s Birthday Honours list.”

Others awarded the OBE are Richard Simpson, for services to Scottish politics and public life; Professor Polly Louise Arnold , Crum Brown Chair of Chemistry, University of Edinburgh, for services to chemistry and women in STEM; Professor William Buchanan , professor of computing and director, Centre for Networking, Security and Distributed Systems, Edinburgh Napier University, for services to cyber security; Sandy Finlayson , founder, MBM Commercial, for services to entrepreneurship and voluntary service in Scotland.

June Whitfield and Julie Walters have been made dames, as does Oscar-winner Olivia de Havilland, who turns 101 next month, the oldest woman to become a dame

David Walliams and Sarah Lancashire are the OBE.

In a break with tradition, the Queen’s Civilian Gallantry List has been released at the same time as the monarch’s birthday honours.

Police Constable Keith Palmer, who was stabbed to death on the forecourt of the Palace of Westminster in March, is posthumously awarded the George Medal for confronting an armed terrorist to protect others and Parliament.