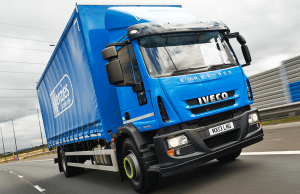 City of London police are investigating unspecified allegations around DX Group, a logistics company which is in merger talks with Menzies Distribution.

In a statement, bhe Board of DX announced  that it has been notified by the City of London Police Economic Crime Directorate of an allegation that has been made against the company “which has resulted in the commencement of a preliminary investigation centred on the DX Exchange operations.”

It added that the investigation is at a very early stage.

“The board of DX received the details of the allegation on 7 June 2017 and is co-operating fully with the City of London Police. A further announcement will be made when appropriate.”

The board of Edinburgh-based John Menzies also issued a statement noting the announcement.

It said: “The board of John Menzies is considering its position and will make a further announcement as and when appropriate.”

The two companies recently announced revised terms of the deal that will see DX acquire Menzies in a reverse takeover that will result in Menzies taking management control of the enlarged business.