Demand for nations to be 'partners' 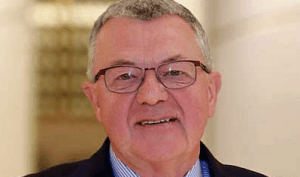 CBI leaders from across the UK want business and the devolved administrations in Scotland, Wales and Northern Ireland to be closely involved in the Brexit negotiations.

They have called for a joined-up discussion so that powers are returned at the right level and that firms can continue to benefit from an effective UK single market.

In an open letter from Hugh Aitken (pictured), CBI director in Scotland, and his counterparts Ian Price in Wales and Angela McGowan in Northern Ireland, they say the devolved nations should be “partners and not strangers in Brexit talks”

The letter states: “A General Election called to provide clarity on Brexit has led to a scenario few predicted. In the interests of the country, it is essential we reappraise our approach.

“While Brexit will impact our communities differently, businesses across Scotland, Wales and Northern Ireland all want the best deal possible. By feeding into the negotiations, each nation can play its part securing a good outcome for the whole of the UK.

“Business is committed to making a success of Brexit and the opportunities it presents. For Scotland, Wales and Northern Ireland a good deal is one that that puts people, trade and jobs first.

“And, as powers are repatriated from the EU to the UK and devolved nations, a joined-up discussion with business should take place so powers are returned to the right level and firms can continue to benefit from an effective UK single market.

“By understanding the concerns and priorities of businesses in the devolved nations, UK negotiators will be more informed and have a better chance of securing a good deal.

“Following an election campaign where the economy received little attention, it’s right that it returns to the top of the agenda. Devolved nations should be partners, not strangers, in the Brexit talks.”

The calls come after a joint letter from the SNP Government at Holyrood and the Labour Government in Cardiff demanded that the UK Government ensures devolved governments are represented in Brexit talks.

SNP MSP Stuart McMillan said: “This is a serious and significant intervention from business leaders, which must now be listened to and acted on by the UK Government.

“Ever since the EU referendum last June, the Scottish Government has been calling on the UK Government not to shut out the devolved administrations in Brexit talks – and given the result of last week’s election it has become more vital than ever to ensure there is a four-nation approach to the talks.

“The CBI is absolutely right – in order to ensure that Scottish jobs and industries are protected in these key Brexit talks, the Scottish Government must be represented throughout the negotiations.

“Despite Scottish Labour’s complete and utter inability to say whether they support the joint position of the SNP Scottish Government and the Labour Welsh Government, it is clear that this is the only way to have Scotland’s voice heard as the UK leaves the EU.

“Ruth Davidson should now back these calls. If she fails to do so, it will be further proof she will do anything Theresa May tells her to, and it will underline the fact that the Tories continue to hold Scotland’s interests in complete contempt.”