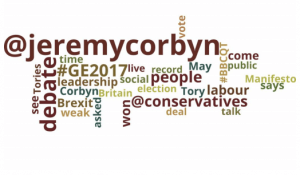 Analysis of the Twittersphere conducted by researchers at the University of Edinburgh has highlighted Brexit as the top policy theme of the campaign on the social media platform.

The study, conducted by researchers in the University’s schools of Informatics and Social and Political Science also found that that pro-Labour sentiment dominates the Twitter conversation and that there is also a disproportionate presence of the Scottish National Party, given the UK-wide nature of a Westminster election.

It found that substantive issues have featured much less prominently and in a less sustained manner in the Twitter debate than pro- and anti-leader and political party posts.

However, the issue of Brexit has provided a consistent backdrop to the election conversation and has rarely dropped out of the top three most popular hashtags in the last month.

@Jeremycorbyn was both the most retweeted account and the most mentioned with counts of 821,499 and 1,367,392 respectively.

@Theresa_may was the second most mentioned account (654,417) but failed to make it into the top twenty accounts for retweets.

The difference between the two main party accounts @uklabour (323,027) and @conservatives (307,550) is much less. Both leaders are mentioned much more often than their respective parties, which the researchers say could confirm the presidential tenor of the campaign.

UKIP (80,855) is the tenth most mentioned account, but its leader Paul Nuttall does not feature.

On Twitter, at least, Brexit has been the issue of the campaign, eclipsing even the NHS.

Most of the Twitter traffic is pro or anti-leaders or political parties. However, of the issues discussed, Brexit dominates.

The only other issues to feature in the top twenty hashtags over the full collection period are the potential further Scottish referendum (176,382) and the so-called dementia tax (154,007).

The appearance of the Scottish independence question as the thirteenth most common hashtag employed in the discussion of GE2017 is particularly striking, given the UK wide nature of our data collection and the likely more localised interest in this issue in Scotland.

This provides an indicator of the salience of this issue to those mobilised to tweet from Scotland. Most striking in this data set is the overwhelming dominance of Labour tweeting.

The research partially confirms the results of another study into the parties’ use of social media conducted by Beattie Communications which showed Labour making more use of these platforms.

Professor Laura Cram, director of the NRLAbs Neuropolitics Research Lab, who led the research, said: “Tweeters are typically highly motivated and perhaps those who initially see themselves as the underdogs in the debate, excluded from mainstream coverage.

“This may explain the surge in pro-Labour social media activity that subsequently developed a life of its own and has ultimately had to be acknowledged by the mainstream media. This also fits with the high presence of the SNP in our data set, with the Scottish debate marginalised at the UK level.”

Her colleague, Clare Llewelyn added, “Twitter is, of course, not representative of the voting public as a whole, and therefore not necessarily a clear reflection of ‘the many, not the few’.

“However, whilst Twitter cannot be used to predict elections and the overwhelming support we see for Labour and Jeremy Corbyn may not be fully reflected in the ballot boxes, it is a useful tool in allowing us to gauge the mood of those who are motivated enough to comment in social media.”

The researchers examined 34 million Tweets between 29 April and 4 June. 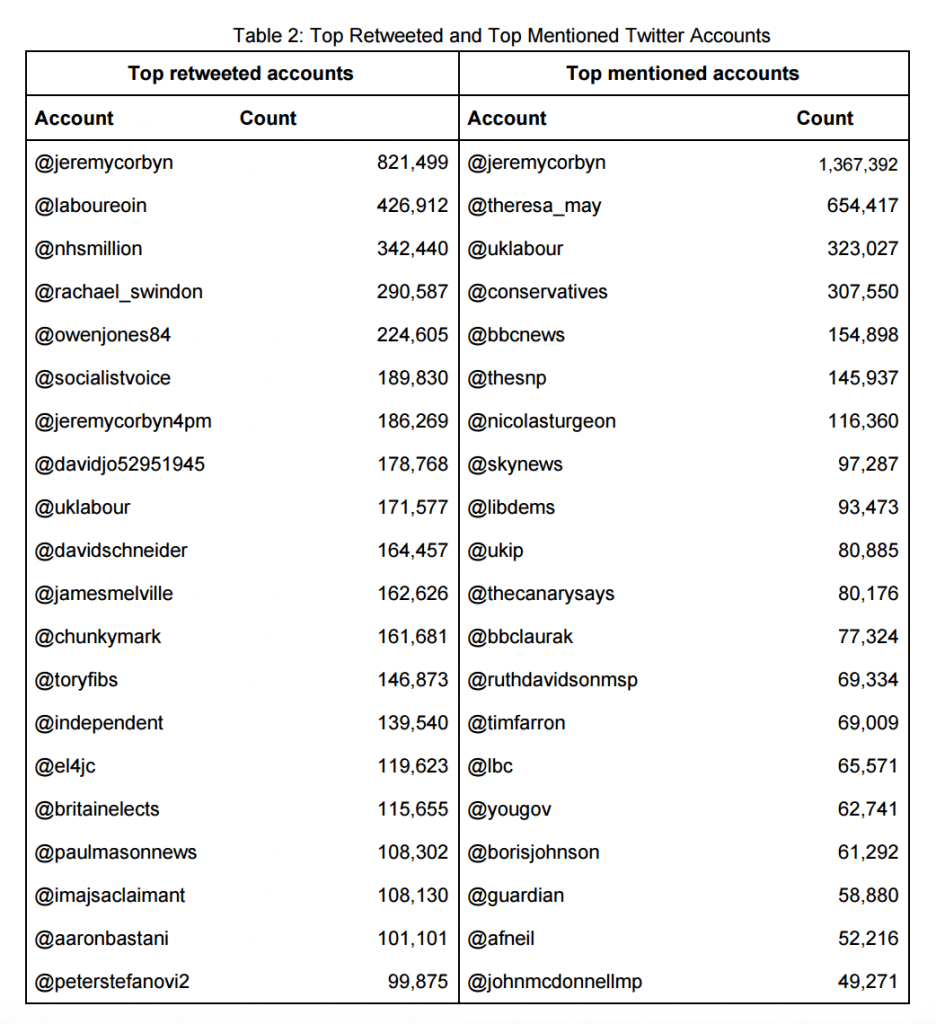