Beattie to expand overseas amid uncertainty

The company will make a “significant investment in Canada” and open an office in the US by the end of the summer. It will also seek further opportunities in English-speaking countries around the world.

Laurna Woods, CEO, criticised politicians for continuing to “sabotage” the British economy and said it was for companies like Beattie to take a lead and get on with their growth plans.

“We will not stand by and watch reckless politicians continue to sabotage the British economy and further damage our growth prospects,”she said..

“How can a wounded Prime Minister, who no longer seems have the support of the majority of Conservative Party members, hope to extract a good deal from Europe for the people and businesses of Britain?

“Britain is facing an uncertain future and as a business we have no option but to take control of our own destiny and accelerate our expansion overseas.

“I am flying to Canada at the end of the month to begin serious negotiations with a small but important agency there. We have been speaking for a few weeks but I’m keen to conclude negotiations quickly.”

Woods declined to name the agency but said it would expand Beattie’s nationwide footprint beyond Toronto and result in a team of 12 in Canada.

Beattie’s clients include Discovery Channel, Merck and Toronto-headquartered Norbord, is projecting fee income in Canada approaching $1m by the end of the year. The company has billings in Britain of £15m. 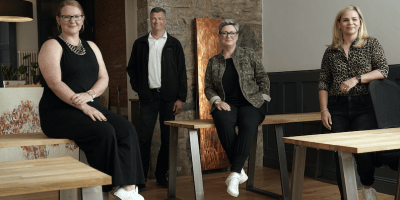