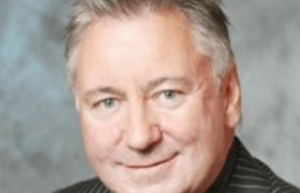 A Scottish PR boss has criticised Prince Harry for engaging in “tabloid tittle-tattle” and bringing ridicule on the Royal Family.

Gordon Beattie, founder of the eponymous agency, said the prince was ill-advised to make comments, including his claim to be so disillusioned with being part of the Royal Family that he “wanted out”.

He said that if the prince cannot behave according to his birthright he should quit and live like a commoner.

Mr Beattie, whose agency managed the prince’s brother William while he studied at St Andrews university, said: “Prince Harry should not be revelling in tabloid tittle-tattle.

“We managed the media scrum when Prince William was a student at the University of St Andrews, and throughout his four years of study, the heir to the throne did not put a foot wrong or speak one word out of turn.

“Yet here is Harry singing like a canary, with a series of ill-advised comments, as well as claiming no one in the Royal Family wants to succeed the Queen as monarch.

“It’s bad PR for Harry and terrible PR for the Monarchy. If he wants to behave like a commoner, he should quit, walk away from his princely obligations and lose his Royal privileges.

“As a member of the Royal Family, it’s time for Prince Harry to grow up and accept the responsibilities of his birthright.”

He added: “The Royal Family is a brand, which Harry represents, and it is respected across the world. His comments, which have made global headlines, appear to be biting the hand that feeds him, while exposing the House of Windsor to ridicule.

“During a period when the UK population is living under the cloud of Brexit and political uncertainty, facing terrorist attacks and coming to terms with a catastrophic fire which claimed innocent lives, the Monarchy needs to stand strong and united, giving people something to believe in.

“There’s no doubt he wants to be a modern Prince, but his advisors should tell Harry there is a line which cannot be crossed.

“If, as he claimed, Prince Harry ‘wanted out’ of the Royal Family but decided to stay to do some good, then he is currently failing his mission by exposing his family’s brand as unstable.”