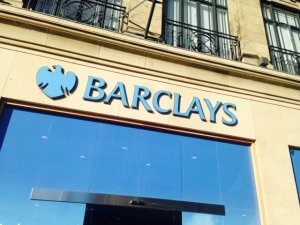 Barclays and four former senior executives have been charged by the Serious Fraud Office in relation to an investigation into  undisclosed payments to Qatari investors.

The bank is being charged with conspiracy to commit fraud by false representation and unlawful financial assistance during a £12 billion emergency fund raising in 2008.

Barclays said it was considering its position over the charges and awaited further information.

Mr Varley was one of Britain’s leading bankers, having been chief executive at Barclays for six years. He initiated the bid battle for Dutch bank ABN Amro with former RBS chief executive Fred Goodwin .

Mr Varely becomes the first prominent British banker to face criminal charges in the wake of the financial crisis.

The 2008 cash call included a $3 billion loan facility made to the Gulf state in June and November of that year the SFO said.

Varley and Jenkins have also been charged with conspiracy to commit fraud by false representation in relation to the October 2008 capital raising.

Barclays said in a statement this morning it was considering its position. It said it faced other investigations into the fundraising, including one from Britain’s Financial Conduct Authority, and another from America’s Department of Justice.