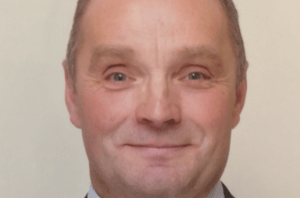 The first phase of an ambitious £1million revamp of one of the world’s oldest golf clubs swung into action today.

Highlights of the two-year project at the prestigious Bruntsfield Links Golfing Society in Edinburgh will include the creation of a signature par-3 16th hole – which replaces the existing 12th – and the lengthening of the 13th to a par 5.

Specialist golf contractor 1st Golf Construction has won the tender to carry out the extensive changes and the West Sussex-based company will work in tandem with golf course architects Mackenzie & Elbert, who were appointed in December.

Re-bunkering will be another major aspect of the improvements, while new greens are to be constructed at the 11th, 16th and 17th.

The club has assured its members and visitors that every effort will be made to reduce any inconvenience during the work.

New chief executive Douglas Cleeton (pictured), who took up his post in March, will be keeping a keen eye on progress, with completion having been set for April 2019, when the course will be restored to a par 71.

Captain David Paterson said: “Bruntsfield has always been one of Edinburgh’s premier courses but more than 40 years have passed since the last major course work by Fred Hawtree in 1974.”

Architect Tom Mackenzie of Mackenzie and Ebert added: “The appointment of 1st Golf is another excellent step in the course development project.”

Bruntsfield Links Golfing Society dates back to 1761 and is the fourth oldest club in the world.