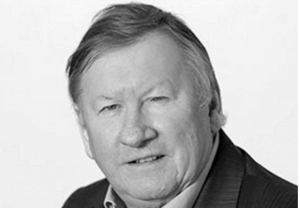 Menzies Distribution and DX Group have received the backing of an activist shareholder after revising the terms of their proposed merger.

Gatemore Capital Management which has built a 21.3% stake in DX has now given an irrevocable undertaking to vote in favour of deal.

DX will pay £40 million in cash and issue new shares to acquire Menzies Distribution on a debt free basis.

In a reverse takeover Menzies shareholders will own 60% of the new company and 5% by John Menzies’ pension scheme.

The new group will introduce a regular dividend and John Menzies will raise £30 million through a placing of shares primarily to institutional investors. The combination is expected to generate cost synergies of around £10 million  a year.

In a statement, the companies said: “The boards of DX and John Menzies continue to believe that the combination has strong strategic logic for all stakeholders and that the Transaction, on the agreed revised terms, represents an opportunity to deliver significant value to both companies’ shareholders.

“The boards of DX and John Menzies believe that the combination would benefit the customers of DX and Menzies Distribution through the creation of a logistics and parcel carrier of enhanced scale and capability operating through a 24 hour logistics network across the UK and Ireland.

“Based on a joint assessment, the boards of DX and John Menzies estimate that the combination would generate cost synergies of around £10 million per annum.”

It added that the transaction structure enables both sets of shareholders to “share in the significant potential value” created by the combination of DX and Menzies Distribution, whilst increasing substantially the liquidity of DX’s ordinary shares and enabling the divestment of Menzies Distribution into a separately quoted company in line with John Menzies’ strategy.”

They expect the deal to “create strategically focussed companies, each of which would have a strong balance sheet and the financial resources to invest in the future of their respective businesses for the benefit of each company’s stakeholders.”

Bob Holt, chairman of DX, and Dermot Smurfit (pictured), chairman of John Menzies, said: “We are pleased to have reached this agreement and believe that the revised terms of the proposed transaction represent an attractive opportunity for all stakeholders of both companies.”