Vodafone and EasyJet slump to losses 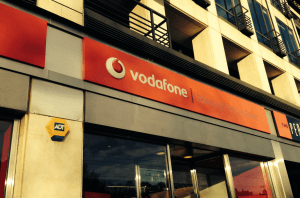 Vodafone: the mobile operator, reported a €6.1 billion (£5.2 billion) loss for the year to the end of March after taking a hit from the troubled Indian unit it is spinning off.

The group forecast growth in earnings and a jump in free cash flow for the current year, driven by stabilising average revenue from its contract customers and lower spending.

The telecoms operator said it took a €3.7bn tax impairment charge on India. It is merging the business with India’s Idea Cellular.

Despite the loss, shares rose 2.5% in early trade.

EasyJet: the lower pound and timing of Easter contributed to a larger loss for the the first half of its financial year.

The airline recorded a loss of £212m for the six months to March compared to a loss of £21m in the same period a year ago, when Easter was in March and before the pound was impacted by the Brexit vote.

The company said the losses were in line with market expectations and that airlines often make losses in the winter months.

EasyJet also announced it would be launching its largest pilot recruitment drive in June, as it looks for an additional 450 pilots.