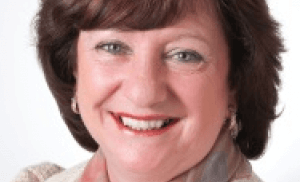 A business lobby group wants the next Government to cut VAT as part of an overall reduction in taxation in order to ease the cost burden on businesses and provide a boost to consumer demand.

The Scottish Chambers of Commerce is calling for a temporary cut in the main rate of VAT and a permanent cut for hospitality businesses.

It forms a key part of its business priorities ahead of the General Election.  During the next five weeks, it will also be focusing on Brexit and the role of the UK Government in Scotland.

Launching the Chambers’ issues paper, Liz Cameron, chief executive, said: “Three major elections in three years, coupled with two game changing referendums, is not exactly the kind of stability that Scotland’s businesses had been hoping for, but this latest election provides a vital opportunity to focus the attention of politicians on the issues that really matter.”

She said business wants an early deal on the rights of EU citizens working in Britain and Britons based in the EU.

“They are also looking for progress on delivering tariff free access to the EU single market, with a minimum of regulatory barriers,” she said.

“We also believe that the particular interests of the Scottish economy need to be represented during the Brexit negotiations and we want to see the next UK Government provide a defined role for Scotland and our businesses in the negotiating process.

“In the midst of debate around Europe and Scotland’s constitutional future, our aspiring politicians must not be allowed to forget the fact that the Scottish economy is underperforming the UK as a whole and that there may be prolonged challenges in terms of rising inflation and threats to levels of consumer demand.

“That is why we believe that our next Government must look to reduce taxation in order to ease the cost burden on businesses and provide a boost to consumer demand, for example by temporarily cutting the main rate of VAT and by reducing VAT permanently for our hospitality businesses.”

She said the UK Government must look to “reinvent the way it serves Scotland”, with the Scotland Office providing an accessible route to accessing the range of services available from the UK Government; better direct support from the Department for International Trade; and full integration and co-operation between the Scottish and UK Governments in developing a new UK-wide industrial strategy.