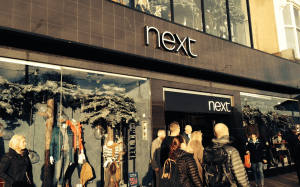 Next: The fashion chain said first quarter sales fell 3% overall, with full-price retail sales down by 8.1% and Next Directory sales falling 3.3%.

It revised down the upper range of its guidance for annual profit to £740m, and said it still expected the result to be towards the lower end of its guidance at about £680m.

It has been helped by a near 55% rise in oil prices in the first quarter compared with a year earlier to around $54 a barrel. The company has also achieved a billion dollars in cost savings and budget cuts made over the past three years and sold $20 billion of asset sales following the $54 billion acquisition of BG Group.

Chief executive Ben van Beurden said: “The first quarter 2017 was a strong quarter for Shell… We saw notable improvements in upstream and chemicals, which benefited from improved operational performance and better market conditions.” 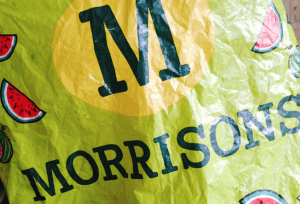 “We are improving the shopping trip in many different ways, which is making Morrisons more popular and accessible for customers. These new initiatives in-store, online, in wholesale and services are beginning to build a broader, stronger Morrisons.”

Pretax profit for the first three months of the year fell from $6.1 billion a year ago to $5 bn, better than the $4.3 billion expected by analysts.

The profit hit was because of a change in the accounting treatment of the fair value on its debt and because its earnings last year included the operating results of the Brazil business that it sold in July.

Revenue in the quarter dropped 13% to $13 billion. However, the bank’s adjusted profit before tax, excluding the exceptional items, rose 12% in the quarter to $5.9 billion.