Standard Life and Aberdeen Asset Management will spend nearly £100 million on advisers for their £11 billion merger.

The bill includes £2.3m spent on public relations companies while the biggest fee will be earned by brokers and other financial advisers who will share £53m.

The cost has emerged in documents giving details of the merger which will see 800 staff lose their jobs.

Legal advisers will be paid almost £16m. Standard Life’s share of the bill includes £23m of unspecified costs simply described as “other costs and expenses (including stamp duty).

The list of fees show that Standard Life is spending £60m and Aberdeen £36.2m.

The deal was announced in March and is expected to be approved next month. Shares in the combined group, to be known as Standard Life Aberdeen, will begin trading in August.

Both companies spelt out in a prospectus published yesterday that the combined company will be better placed to compete in a changing market. 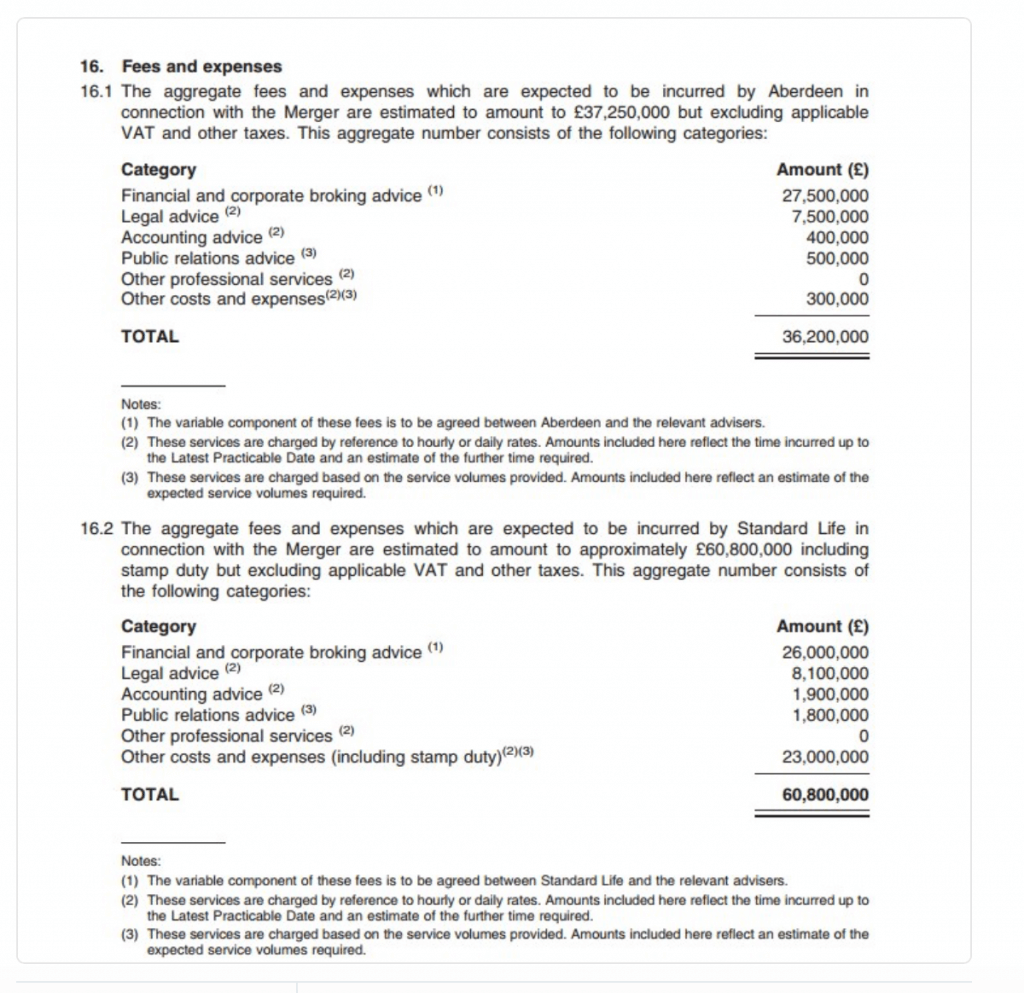