Costs may be passed on 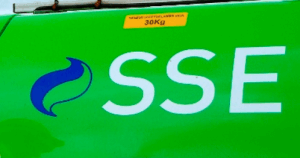 Energy company SSE has warned that five million energy customers may bear the brunt of any added costs caused by the introduction of a price cap.

The company, which trades in Scotland as Scottish-Hydro, says almost five million customers across the UK could be affected if the next government imposes a price cap on the standard variable tariff.

In a statement issued with full-year results it says: “The impact of a price cap on any energy supplier can only be fully determined once all of those features are clear and once that supplier has considered its strategy in response, covering the products and services it wishes to offer in a market featuring a price cap, and the cost base it is willing to sustain in order to do so.”

SSE it “would caution against potential unintended consequences of any proposed intervention in what is a rapidly changing and increasingly competitive market.”

It notes that one feature of the proposal is to improve competition and says that the markets are already “intensely competitive”.

It says: “In GB, for example, political, regulatory and market factors are all contributing to the rapid growth of new market entrants and increasing levels of customer engagement in the market, and  there are now more than 50 suppliers operating in the GB market alone.

“In addition, efforts to simplify the switching process for customers mean that, according to Energy UK data, more than 500,000 customers switched electricity supplier in March 2017, an increase of 13% on the March 2016.  SSE is responding to this competition by investing in retention, taking additional steps to engage and reward its customers, and redoubling efforts to digitalise and diversify its Retail business.”

The notes that as of 31 March 2017, of its 6.76 million domestic customer accounts, 4.76 million could be impacted by the proposed price cap.

“Until the facts are known, the uncertainty around a possible price cap would clearly add to the risk for SSE and other energy suppliers and add to the volume of regulatory changes that need to be addressed and implemented and the significant consequences for finances,” it says.

The company announced a proposed increase in its dividend, its 18th consecutive rise as it reported a 2.1% rise in pre-tax profits.

On Brexit and the possibility of a second Scottish independence referendum, it said: “Politics, regulation and compliance represent one of SSE’s principal risks. Whilst these events do not present an immediate risk to how SSE serves its customers or the progress of its investment programme, the level of risk could increase if, as a result of political developments there were to be a prolonged period of legislative or regulatory uncertainty or negative material change in sector regulation.

Financial highlights for the year to 31 March 2017 are as follows.  Comparisons are with the previous year unless otherwise stated:

·      Adjusted dividend cover towards top of expected range at 1.38 times;