Skeoch: ‘Merger will go ahead as planned’ 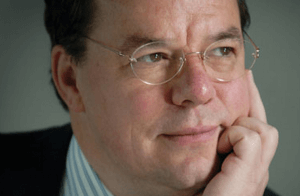 Standard Life chief executive Keith Skeoch has brushed aside any doubts over the deal with Aberdeen Asset Management and insisted it will go ahead as planned.

He is confident it will gain shareholder approval, despite governance concerns over the £11 billion tie-up.

Mr Skeoch spoke about the deal to quell doubts over the joint CEO arrangement, the size of the board and competition issues.

He said: “From everything I can see today, this deal is going to happen. There are always questions (from shareholders), but I wouldn’t say having joint CEOs or the board’s composition are the dominant issues.

“And the chairman has made it absolutely clear that over time the board [which will have 16 members] will reduce in size.

“We haven’t had any serious or sizeable shareholder push back, but I’ve learnt not to be complacent.”

The new company will be called Standard Life Aberdeen and headquartered in Edinburgh.

It will be jointly headed by Skeoch and AAM boss Martin Gilbert.

Questions have been raised over the proposed bonus structure that will see chief investment officer Rod Paris eligible to earn 865% of his £450,000 base salary.

But Mr Skeoch said there had been 97% approval for its remuneration policy over the past three years.

Shareholders in both firms will vote on the deal on 19 June and Mr Skeoch admitted Standard Life had to engage more with 1.2 million individual shareholders in the company.

The deal faces regulatory scrutiny from the Competition & Markets Authority which this week launched an investigation into the potential harm the deal could have on competition in the industry.

The tie-up will create Europe’s second-biggest fund manager with £670bn under management.