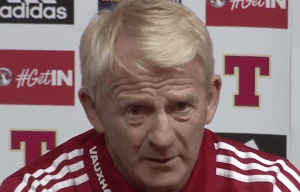 Bournemouth winger Ryan Fraser will be hoping to make his debut having been denied a first cap due to injury against Canada and Slovenia, while winger Jamie Murphy has been recalled to the squad after Brighton and Hove Albion’s promotion to the English Premier League.

Scotland, who welcome Gareth Southgate’s side to Hampden Park on Saturday, 10 June, will aim to continue the good form which earned them a deserved victory in their last match against Slovenia and breathed new life into the qualifying campaign.

Kick-off for the Group F is 5pm.