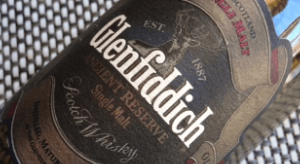 The latest list of Britain’s richest individuals and families shows the increasing dominance of foreign ownership of Scotland’s assets.

While the Grant Gordon whisky and gin family remains in top spot, the Scottish list includes an Egyptian, a wealthy tycoon from Bahrain, an Indian and a Norwegian.

The Grant Gordon family has added £210 million to its fortune over the past year to make it the richest in Scotland.

The Grant Gordon family is now in its fifth generation since William Grant founded the distillery in 1887.

Others on the Scottish list include several non-Scots whose presence is based around the assets they own in Scotland or Scots who have assets overseas.

Second is an Egyptian – former Harrod’s owner Mohamed Al Fayed and family – whose fortune has held steady at £1.7bn. Mr Al Fayed owns the 65,000 Balnagown estate, which produces its own whisky.

The only billionaire in the Scottish top 10 is Mahdi al-Tajir who was born in Bahrain and is the only one to see his wealth fall in the past year, losing £65m in the past year.

He comes in at number three with ownership of bottled water company Highland Spring and interests in property, ensuring he maintains an overall fortune of £1.67bn.

With the largest increase in wealth this year, Glasgow-born John Shaw and his India-born wife Kiran Mazumdar-Shaw have now entered the realm of the billionaires as a result of their Bangalore-based biopharmaceutical firm Biocon.

Overall, the ten richest in the Scottish list have a combined wealth of £14.715bn which, collectively, has increased by 9% in the past year.

Trond Mohn was born in Scotland, but made his money in Norway, mainly in oil. He and his sister, Marit Mohn Westlake are well-known for their philanthropy in both countries. Marit is the richest woman in Norway.

The other Scots in the Scottish list include oil baron Sir Ian Wood and family, the owners of the DC Thomson newspaper empire in Dundee, the Clark family behind the car dealerships, and Jim McColl, the Glasgow-born owner of Clyde Blowers and Ferguson shipbuilders.

Robert Watts, the compiler of the Rich List, said the list “reflects the changing nature of wealth in 21st century Britain”.

He said: “Gone are the days when the Rich List would be dominated by finance, property or manufacturing. Greater diversity of entrepreneurial success is good news for the wider economy and ultimately us all.”

The list is based on identifiable wealth, including land, property, other assets such as art and racehorses, or significant shares in publicly quoted companies.

It excludes bank accounts, to which the paper has no access, but it has also attracted criticism from those who question its accuracy. Some individuals refuse to be in it, while others have complained that their wealth has been under-estimated.

The list of richest Scots or those with assets in Scotland: