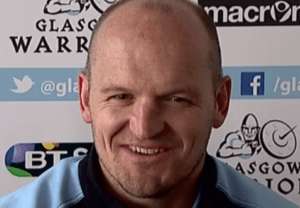 Scotland and Ireland will join hosts Japan in the opening games at the 2019 Rugby World Cup.

A European qualifier and the winners of a play-off will make up Pool C in the tournament, which runs from 20 September to 2 November 2019.

Scotland had been in the second pot of seeds because of their world ranking for the draw in Japan.

The 12 teams who automatically qualified by finishing in the top three of their groups at the last World Cup have been drawn.

The eight remaining teams have had their slots allocated and will be determined by the qualification process that ends in 2018.

England have been drawn with France and Argentina in Pool C.

Wales will face Australia in a repeat of the 2015 tournament, where both sides beat hosts England to qualify from the group stage, while Georgia join them in Pool D.

Scotland are ranked one place behind Ireland. New head coach Gregor Townsend said on Twitter: “The first reaction is one of excitement. The World Cup now comes into sharper focus for everyone.”

Later he said: “The first reaction is one of excitement that we know which pool we’ll be in. The Rugby World Cup now comes in to sharper focus for everyone and it looks, from the draw today, like it’s going to be another great tournament.

“It’s a new venue for the World Cup and I’m sure there’ll be a lot of interest in our pool, especially when we get there, because we’re taking on the host country.

“The 2015 World Cup was a great tournament with some brilliant rugby played and I’m sure the next one in Japan will be even better.”

Reflecting further on the pool, he added: “Ireland have been one of the most competitive and most-improved sides over the past few years and a lot of that is to do with their quality of players and the influence of head coach Joe Schmidt.

“They have shown real consistency over the past two or three years. They are one of the best teams in the world. Whichever side we drew from the top band was always going to be very tough.

“On the other hand, we know Ireland pretty well and have a couple more opportunities to play them before the World Cup, while we also know a lot about their players through the Guinness PRO12.

“Japan obviously made a memorable impact at the World Cup two years ago, beating South Africa, and will have tremendous support going into the tournament.

“They’ll be targeting getting out of the pool and I’m sure that we’ll see them play close to their best in every game. We know how dangerous they can be, having played them in the World Cup and on tour last year.

“The majority of our players who will feature in the next World Cup have already had that first contact with them and the style of rugby they aspire to play. It’s likely they’re going to continue to improve over the next few years.

“Playing the hosts makes it a bigger challenge but one we will relish. It’s pretty much guaranteed that we’ll play them in front of a sell-out crowd. That will be great motivation for our players.”

It is the fourth time that the Scots have been drawn in the same pool as Japan and the sides faced one another in New Zealand two years ago.