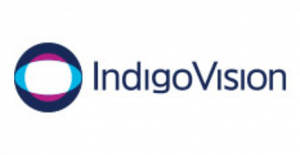 Video security firm IndigoVision said business had picked up strongly in the first months of the year and said it was close to hiring a chairman to replace Hamish Grossart.

Trading at the Edinburgh-based company had improved since the “quiet” start to the year, it said in an update.

Sales and orders “strengthened markedly” in February and it will tell shareholders at today’s agm that it is “pleased to report that, in the four months to April 2017, software licence and camera volumes have again shown strong year on year growth, of 28% and 10% respectively”.

The company added:  “After declining throughout 2016, average camera prices have now stabilised.  Pricing pressure on software, combined with the lower priced software tiers launched in November 2016, has meant that these additional volumes have yielded modest growth in overall revenue.”

In the first four months of 2017, revenue growth in excess of 10% has been achieved in Latin America, and in Europe, Middle East and Africa.

Asia Pacific sales are in line with last year.  North American sales have been well below potential and, as intimated in March, management action has been taken to improve sales performance.

A recent restructuring of the US sales organisation into three teams has created a more regionalised focus, under the leadership of experienced sales directors, two of whom have recently been recruited from leading competitors.

IndigoVision now has a fully-distributed US sales team capable of driving revenue growth in this important market and expects to see the benefits of this showing through in results in the second half.

After a one year absence, the group had a strong presence at the influential ISC West trade show in Las Vegas in April, at which it launched “CyberVigilant”, a new, patent-protected cyber security solution.

May started well.  In the first 19 weeks of 2017, overall revenues were ahead of the corresponding period last year.

The immediate outlook is more positive than it has been for some time, and the medium term prospects are promising.

The board continues to expect that 2017 as a whole will see improvements over last year, with both sales and profits, as in recent years, second-half weighted, and the latter part of the year also benefitting from higher revenues in North America.

Further to the Group’s announcement of 18 April regarding the retirement of Mr Grossart as Chairman, the board said the process to appoint a successor is “well advanced and a further announcement is expected to be made shortly”.