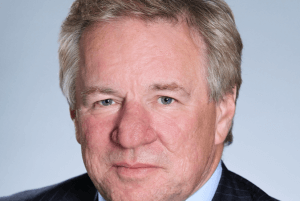 Reporting a return to growth in emerging markets, he admitted in a radio interview that there would be job losses from the proposed merger because of overlapping roles, but said: “Job losses tend to be absorbed  pretty quickly because the industry is growing so rapidly, especially in London”.

He added: “This is not about job losses, it is about creating a global giant based here in Scotland.”

He said the prospectus for the merger is due out next week and he confirmed there was a “retention pool” to ensure star managers stayed with the business “for up to two years”. He declined to confirm that the pool was worth a reported £35 million.

“The key criticisms we get on a transaction such as this are from the clients who ask: ‘what are the benefits to us?’

“Size gives us the ability to retain star fund managers more easily. One of the things that causes great uncertainty is what is going to happen to these star managers. So it is normal to put in a retention pool to make sure people stay – in fact stay for up to two years. It is vital.

“I don’t know the exact figure of the pot. Within an £11bn merger where the only asset is the people who manage the money it is a very, very important component as far as our clients are concerned.”

He also urged the incoming government to “stop tinkering” with the pensions system so people can understand the rules.

In the company’s statement for the six months to the end of March, Mr Gilbert said that growth in emerging markets together with favourable market conditions and the delivery of £70 million of cost savings had resulted in a healthy rise in revenues and profits.

“These figures reflect improving sentiment towards emerging markets combined with our transition to becoming a full-service asset manager offering a broad range of capabilities via multiple distribution channels globally,” he said.

“We have experienced net inflows into our emerging market strategies in recent months and encouragingly into our diversified growth strategies and the Parmenion platform during the period. These together with favourable market conditions and the delivery of £70m of cost savings have resulted in a healthy rise in revenues and profits.

“Global growth appears to be recovering but elections and geo-political issues will continue to weigh on investor sentiment.

“Our fund managers across asset classes will remain focused on investment fundamentals in helping our clients achieve their long-term financial objectives. Our proposed merger with Standard Life is on track and the combined businesses will form a world-class investment company strengthening further both companies’ ability to meet the evolving needs of clients and customers.”

Chairman Simon Troughton added: “Revenues and profits are significantly higher than the first half of 2016, supported by stronger markets, an improving trend in new business flows and good cost discipline. We have now achieved the full £70m of annualised cost savings that we had targeted, and this is reflected in an improved operating margin.

“I am pleased to report that investor sentiment towards emerging markets has again turned more positive, having stalled in the weeks after the US presidential election result.”