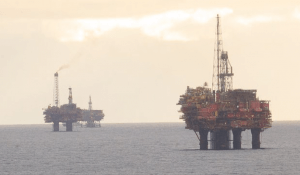 A fall in crude oil prices wiped out the gains made since a deal to cut production was agreed last November.

Prices fell 5% amid signs that OPEC and other producing countries would not take steps necessary to reduce the glut which has depressed the market since 2014.

Oil giants, which have reported better figures on the back of more stable prices, were among the biggest fallers on Wall Street. The energy sector fell 2%,  the worst performing group of stocks.

Chevron was down 2.1% and Exxon Mobil 1.4%, making them two of the biggest losers on the Dow Jones index.

Dean Rogers, senior technical analyst at Kase & Company, said: “It is dangerous to try and pick a bottom in this type of market.”

He said charts showed that the next potential “stalling points” were $44.20 for West Texas Intermediate and $47.20 for Brent.

The fall is said to be indicative of a weakening of the Opec cartel which can no longer control prices.

Eugen Weinberg, Commerzbank’s head of commodities research, said: “At some point, the market should recognise OPEC isn’t the most important player in the market any more. That is non-OPEC, and, above all, US shale.”

There was better news from Britain’s manufacturers with a new survey showing SME order books at a three-year high.

The latest quarterly SME Trends Survey from the CBI showed export orders growing at the fastest pace since mid-2011. Output growth was also at its highest for six years, and orders and output are expected to strengthen yet further in the coming quarter.

As a result, sentiment among SMEs is upbeat. Optimism about the business situation rose at its fastest pace in almost three years, with export optimism climbing at a record rate.

However, the weak pound is continuing to stoke inflationary pressure, with SME manufacturers reporting the strongest rises in unit costs and prices in six years.

Furthermore, investment plans for the year ahead deteriorated, particularly those for buildings and plant & machinery, after improving over the previous two quarters. However, investment intentions remain a little above their long-run averages.

This survey was conducted prior to the announcement of a General Election.

“But costs and prices have continued to climb, with little sign of let up over the next quarter. This is putting considerable pressure on manufacturers’ margins, and so we’re likely to see further pass-through to consumer prices ahead.”

Sales of new cars across the UK fell by almost 20%, year-on-year, as the market felt the effect of tax changes. Scottish sales were down 17.5%.

There were 152,076 vehicles registered in April, according to trade body the Society of Motor Manufacturers and Traders (SMMT).

Many buyers brought forward purchases to March, ahead of new vehicle excise duty rates coming into force on 1 April, according to the SMMT. 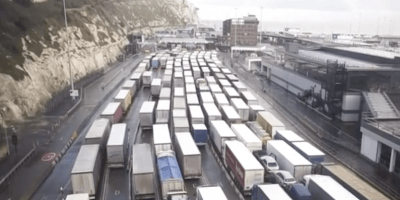