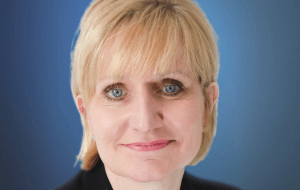 Oil industry bosses have warned Prime Minister Theresa May of the need to ensure they continue to have access to overseas workers to fill crucial positions.

Trade body Oil & Gas UK commissioned a study which shows 70% of the workers in the industry are skilled, with one in two holding managerial roles that are often “critical for projects”.

It says: “Oil & Gas UK understands that these skilled roles filled by EU workers are often critical for projects and asks Government to consider these posts when developing domestic immigration policy.”

In a letter to Mrs May it has called on the government to develop an immigration policy that “assesses the potential impact and opportunities of Brexit on the sector”.

Deirdre Michie, chief executive of Oil & Gas UK, said: “We are becoming a more globally competitive industry, but we continue to be very sensitive to any additional burdens either in relation to cost, or restrictions on the movement of key personnel required for critical operations.

“Our request of Government is that any change, whether domestic or European, is managed in a manner that minimises risk to the oil and gas industry and provides predictability and clarity wherever possible, through constructive dialogue and consultation.”

Oil & Gas UK highlighted its concerns in a letter sent to the Prime Minister on Monday.

Research by the group shows that: